Over 700 snakebite victims treated in Benue 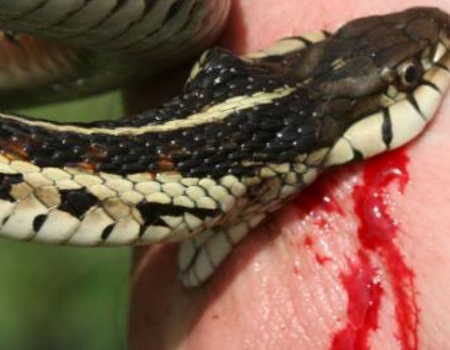 More than 700 victims of snake bite have so far been treated in a Catholic hospital, Bishop Murray Hospital, Makurdi.

The priest said that the Hospital is renowned for the treatment of people who suffer snake bites.

Rev. Fr Ukpeleve appreciated the governor for extending his magnanimity to those who are lying critically ill by paying the hospital bills.

Responding, governor Ortom commended the Catholic Bishop of Makurdi Dioceses for the support to his government in the area of healthcare delivery, education and in moulding the character of children.

Ortom said that he initiated the treatment of snakebite victims in the year 2000 when we discovered that this hospital had the capacity, the wherewithal and expertise in treating snake bites.

“Like he rightly said, last year alone we successfully treated over 700 victims after which they went back home,” the governor said.

In spite of the huge investment in the water sector by the government and international organisations, water scarcity has grown to become a perennial nightmare for residents of Abeokuta, the Ogun State capital. This report x-rays the lives and experiences of residents in getting clean, potable and affordable water amidst the surge of COVID-19 cases in the state. Over 700 snakebite victims treated in Benue

The Lagos-Ibadan railway was inaugurated recently for a full paid operation by the Nigerian Railway Corporation after about a year of free test-run. Our reporter joined the train to and fro Lagos from Ibadan and tells his experience in this report…Over 700 snakebite victims treated in Benue

[OPINION] ‘Pure water’ and rising hardship in the land