Only mentally unstable person would defile a child — Otesile 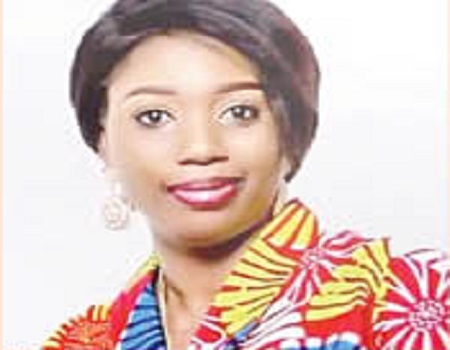 Mrs Ibukun Otesile, the founder of Hope For Second Chance Foundation, in this interview by Rukiyat Bakare, speaks about the spike in rape cases across the country. Excerpt:

What is your reaction to the recent increase in rape cases in the country?

It’s quite upsetting that there is a steady rise in the incidence of sexual violence in this country. However, we hear about it more signifies that more and more people are informed about speaking out.

How do you feel about people who put blames on victims?

It’s quite unfortunate, but they speak from the position of ignorance. If they are aware or informed about the effects of rape and other sexual violence on children and women, they will not speak as such. I Like to reiterate that it is never the fault of the victim as there is no justification for rape. Yes, it’s important that we encourage our girls and women to dress decently,  but we need  to stop linking it to rape. Pakistan is one of the countries with the highest prevalence of rape, yet their women are usually covered in purdah, or how do we explain the rape of children? I heard of a three-month-old child raped in Plateau. The child is still at Jos University Teaching Hospital (JUTH). Do you say she must have been indecently dressed? No, it takes a mentally unstable person to rape a child and such a person needs help .To all that blame the victim, blaming the victim does two things. One, it permits rape or other sexual violence to continue, and two, it increases the trauma of the victim.

The culture of silence is common among victims. What do you think can be done to solve this?

The culture of silence seems to be an African culture and this also manages to continue. Victims do not speak out for fear of stigmatization and stereotyping. Sometimes, it is due to intimidation from the perpetrator in most cases of rape, the victim is usually known to the perpetrator. This pre-existing   relationship makes it quite difficult for victims to speak up, for instance, where you have the perpetrator as a close member of the family. Speaking up against rape can also be a problem for victims when there is inadequate knowledge or where there is inadequate knowledge of where to get help. Sometimes,  the cumbersomeness of getting justice can also engender the culture of silence.

How can sexual abuse of minors be prevented?

I like to say that self-protection is everybody’s business. Preventing sexual   abuse of minors has to be handled from different perspectives, different sections and different dimensions. For instance, we all have our parts to play. First parents have their role to play, the society has its roles to play, the government also has its roles. All of us doing our beat will then culminate in preventing or putting an end to sexual abuse of minors at this particular time. In curbing this act, the parents are the most important persons in protecting children against sexual abuse, because of course the parents have the sole responsibility of caring for children and children are with them particularly bearing in mind the ongoing  covid-19 pandemic that put a lot of children at home. So, it is the responsibility of parents to ensure that they understand the things that can predispose their children to becoming victims and do all they can to prevent those factors from leading their children to becoming victims of sexual abuse. I say it everywhere I have the opportunity that there is no place that sexual abuse happens in the open, sexual abuse happens in isolation and so it means that as parent it is our responsibility to identify who we leave our children with. Gone are those days that as parents we put our child in care of just anybody  and you expect that your child would be fine. As parents you need to know what is happening to your child per time, know who is around your child Now it is very important that we  teach our children safety rules, those things that can help protect them from that can help them being predisposed to becoming victims of sexual abuse. I mentioned that abuse thrives in secrecy. There is no one that is sexually abused in the open. So as a parent you need to ensure you know who you are going to leave your children with.

In my family, I am the first male to clock 70 — Ajimobi