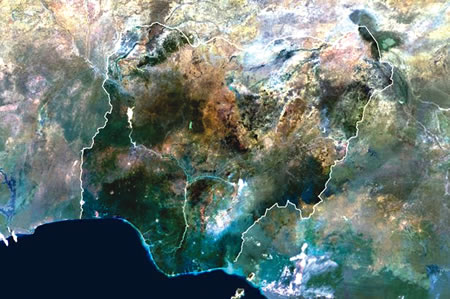 NIGERIA’s 60th Independence Anniversary offers another opportunity for deeper reflection on the state of the Nation. This is perhaps why a recent statement credited to Vice President Yemi Osinbajo represented by Secretary to the Federal Government of the Nation, Mustaphar Boss to the effectthat the fragile walls of our Nationhood may needs urgent attention, raised divergent interests in several circles. Without necessarily sounding pessimistic, the well-publicized launch of a diamond celebration logo by the Federal Government of Nigeria and an outline of a whole year of celebration seem to validate the views of those who opine that that those of us in Leadership position have not really come to terms with the very grim realities of our Nationhood after six decades of political independence. A nation at sixty already has determinable benchmarks to do an introspection and know whether it has remarkably fulfilled the vision of its founders and the expectations of its present generation. One of such benchmarks is to compare and contrast itself with Nations founded or granted political independence at about the same time or with whom it shares some historical, economic and political similarities.

In this wise, analysts will not be wrong to compare Nigeria with countries like Ghana, Malaysia, Brazil, India, Indonesia and a few otherswith whom it had some shared experience of gross poverty, inequality, dysfunctional political system and massive corruption, at some point in time. The question therefore will be whether the fortune of those other countries have in any way improved to surpass what currently obtains in Nigeria. In actual fact, some of today’s big players in global economy like China, Malaysia and Singapore were virtually at a worse state of economic prosperity as at 1956 when Nigeria discovered its first oil well in Oloibiri in present day Bayelsa State and began its journey into what is now famously known as the Oil Boom Years.  For the purpose of clarity, China, which has today become the biggest foreign lender to Nigeria, was an economically backward country as at 1973 when a Nigerian Leader made the famous statement of ‘money is not our problem but how to spend it’.

As at the late 60s and early 70s when Nigeria had a trade surplus with its major trading partners in Europe, most of countries now known as the Asian Tigers grappled with issues of underdevelopment resulting in very low foreign reserve, unemployment , insecurity and an inefficient public service

It is also on record that unlike some other countries which discovered oil about the same time with Nigeria, we had the unusual speed and fortune of exporting our black gold within the first three years of the oil exploration business. Conversely however, we now have a situation where of the seventy-six oil mining licenses granted some thirteen years ago, only one has indeed taken off and adding some value to our oil reserve. Nigeria is today the only big oil exporting country which imports almost 100 per cent of its refined oil consumption needs. The refineries built in the late 1965 and 1982 are no longer functional while the steel and power sector which could be catalyst for industrialization are in shambles. While the agricultural sector with provides food and jobs for our burgeoning population and ought to have been a source of raw materials for industries and foreign exchange has long been abandoned with consequent implications on our socio-economic situations, the global oil economy has plummeted and left us shivering in our self-inflicted lack of vision and fiscal discipline.

There is therefore no better proof of the fragile walls of our Nationhood than the mass youth unemployment, dilapidated roads, comatose power sector, archaic education and health system, and the very scary insecurity in every part of the country.   While serving as a Member of the House of Representatives Committee on Abandoned Projects a few months ago, we came into contact with records of hundreds of critical projects awarded as far back as 2001, 2004 and 2009 with a completion period of ten to twelve months, which had not either taken off or gone beyond fifteen percent completion. In some of the cases, the projects have had to be reviewed up to three times, yet funds were not made available to complete them. Driving from Mainland to Lagos Island a few days ago was the sight of the abandoned Lagos Rail Mass Transit project conceived in the year 2000, funded with a two hundred million-dollar foreign loan, which was planned to be completed in the year 2011.  The completion date for the 27-kilometer blue line from Marina to Okokomaiko has been shifted at least five times. Nigeria’s most populous commercial city continues to drool in traffic congestion from morning till night costing the Nation a yearly whooping loss of about a billion dollars!  According to Forbes, Lagos is the third worst city to drive in globally.

A similar project initiated by the Rivers State Government in 2012 also funded with a four hundred-million-dollar loan remains comatose, lying in waste in the heart of Port-Harcourt.   As Nigeria’s debt burden rises, the quality of life of the average Nigerian deteriorates. Sixty years after independence, Nigeria has officially become the poverty headquarter of the world and the only country accounting for majority of out of school children in globally.   Mass poverty and insecurity everywhere and especially in the North-Eastern part of Nigeria constitute a major threat to our Nationhood.  The import of all these grim realities is that Nigeria at 60 is more socio-politically fragile than it was at Independence. The rising agitation for separation, secession, demand for greater autonomy from constituent units is far from being a minor matter for concern, but an advanced symptom of our failed nationhood. It is therefore unarguable that our walls, to use the same metaphorical expression adopted by the book of Nehemiah in the Bible, have visible signs of dilapidation and require urgent conscientious actions.  It is evident that the present political structure is greed-induced, inefficient, ineffective, and manifestly incapable of delivering good governance for Africa’s most populous country. Pretending otherwise is postponing the proverbial evil day.  No political party, interest group or any other subset should feel comfortable with the fact that a country once celebrated as the hope of the black man is now reviled and despised by the rest of the civilised world and more unfortunately by her neighbours and erstwhile beneficiaries.

The solution begins with an honest acceptance of our monumental failure as leaders, and an open, sincere resolve by the political class to provide sacrificial, creative leadership. Our most urgent task is to build a Nation on a new national agenda built on justice, love and service

It is when we all agree to these sad truth and decide to change the present course of direction, that we will be hopeful of having a country to celebrate in the immediate future.

Path to Nigeria’s peace and development

(OPINION): NANS and the need for generational shift in leadership cadre