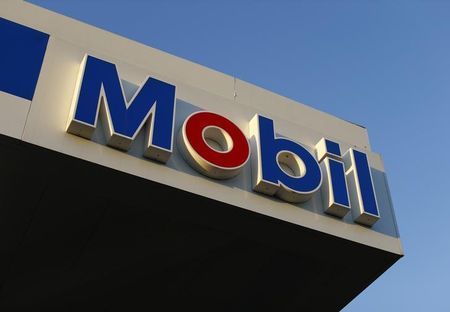 Mobil Producing Nigeria (MPN), operators of the MPN\NNPC Joint Venture (JV), has started considering plans to relocate its headquarters from Lagos to its operational base in Akwa Ibom, where the American oil giant explored most crude oil for more than five decades.

At the weekend, the firm, led by the head, Public and Government Affairs, Mr Effiong Esumo, inspected the multimillion naira ‘Dakkadda Tower,’ designed and purpose-built by the Udom Emmanuel-led administration, to accommodate workers of the International Oil Company (IOC).

Effiong, who was accompanied by other top officials of the firm, scored the facility high in terms of quality and standards, noting that the edifice which was one of the conditions for the company to relocate to Akwa Ibom, has all it takes to host the company in the state.

Commending Governor Emmanuel for sustaining agitation for the firm to relocate its headquarters from Lagos, Effiong said, “We don’t find much issue with the building or facility apart from few areas that could be addressed as an in-tenant but overall, it’s a fantastic facility.”

He explained that the inspection was born out of the interest the company has for the building and assured he would deliver same to the management of the company with a view to taking decisions on the matter and revert back to the government and people of Akwa Ibom State.

However, the state Commissioner for Special Duties, Mr Okpolupm Ikpong Etteh, who conducted the delegation round the facility at the Udo Udoma Banking Layout, commended the firm for keeping alive the hope of relocating to the state in future.

Represented by the permanent secretary, Mr Effiong Efiakedoho, the commissioner assured that the state government is amenable to any ideas and suggestions from the firm on any amendment to the facility that would guarantee smooth relocation of the company to Akwa Ibom.

It will be recalled that successive administrations in the state have been in the forefront of compelling the firm and other IOCs to relocate to Akwa Ibom in line with the resolution at the National Assembly for them to return to their base in Niger Delta.

Determined to draw the firm to the state, the administration of Governor Emmanuel administration has moved further by erecting the accommodation and office facility as a major incentive with a view to complementing government’s efforts at developing the state through job creation, infrastructure development and quick intervention in environmental degradation caused by the impact of oil exploration and exploitation in the state.