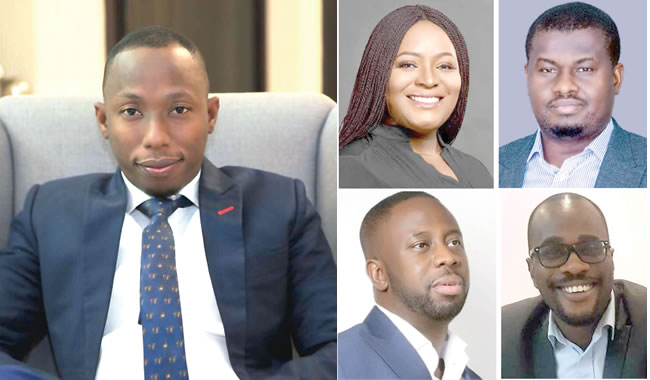 The aim of every forward-looking organization and individual is to have a better year every year, irrespective of how the immediate past year was. This is because stagnation is the first phase of retrogression. So, not planning for something better than the experience of the outgoing year is the beginning of failure. Even if you or your organization shattered all records in the outgoing year, the best thing is still to plan for a better outing in the ensuing year. The same rule applies if the outgoing year was not particularly good. Instead of moaning the downturn of events and sorrowing over what could have been that was not, it is best to look beyond the failures and failings of the past and plan for a better experience in the current year.

But having a better year than the previous one is not automatic, certain measures have to be taken to achieve this. Here are some of them.

According to Abraham Lincoln, the best way to predict the future is to create it. The import of this statement is that those who take charge of their situations control their future. In the same vein, those who do not take charge of their situations become victims of situations and events. So, wise people do not leave the future to chances, they deliberately steer it in the direction they want by taking definite and defining steps.

While speaking at the CPA Congress 2016 held in Melbourne and Brisbane, Patrick Pichette, former CFO at Google, revealed how he was able to help the company through a period of rapid growth by implementing a much-needed discipline around the company’s financial procedures.

He said, “I joined Google when there were no formal budgetary processes. The accounting was okay but they didn’t have the tools that provided foresight. They could close the books but they had incredible difficulty in telling you what the next two quarters would look like.”

Pichette explained that a clear financial overview helped Google prepare for the rapid expansion of its Android operating system, which now powers about 85 per cent of all smartphones in the world.

“If we could see forward and have a good view of where Android was going, we could hire just slightly ahead of the curve and basically fuel the engine of growth. That way, you’re always capturing opportunities of growth and there’s no panic,” he said.

Pichette helped Google, a good company, to get better by taking charge of its accounting procedure rather than leaving it to chances. If he had run on the system he met at Google, the company would have been unable to expand its Android as rapidly as it did.

To have a better year, you have to become a better person. This is because what you do is a function of who you are. Therefore, until you change, nothing around you changes. You can’t do new things until you become a new person. Your peak performance is a reflection of your installed capacity. So, until the capacity is increased, you can’t do better than your erstwhile performance. You can’t become a new person until you learn new things. Therefore, to make 2021 a better year, you have to learn new things. Find out about the new developments in your industry. Find out what the customers’ expectations are. Find out what the new technology in your industry is. What you do is directly proportional to what you know. If you do not go beyond the knowledge and capacity with which you ran your organization in 2020, you can’t exceed your 2020 performance. But if you move from what you knew in 2020 and find out new things, then you are poised to do new things in 2021.

World’s outstanding performers are unrepentant learners. Bill Gates reads at least 50 books a year. Warren Buffet is an avid reader. Aliko Dangote is a consummate information consumer. Tony Elumelu never stops learning. Why do these successful people invest so much time in knowledge acquisition and self development? Is it because they have no better use for their time? They spend quality time to acquire knowledge because they understand that the secret of unstoppable progress is unending learning. This is why they continue to get better and outperform their previous performances.

To have a better performance than you had last year, you have to be innovative. If you are not innovative, you will not be competitive and if you lose your competitive edge, you will be a laggard. The reason is that the market’s hunger for new products is insatiable. To have the market eating out of your hands, your organization must never cease to improve on its deliverable which is made possible by innovation. A company must never get to a point where it thinks that it has the market in its pocket because no company ever does, unless it keeps improving on its services and products. Being innovative draws customers to a company. The average human being wants to be scintillated and titillated with new products and services. That is the secret of leading companies; they never stop to astound their customers with great products and services. Even when the product itself cannot be made better than it currently is, they work on the package to make it more appealing to the customers. To keep your customers, you have to do the unusual; you have to give them what they cannot find elsewhere. This is why great companies often think out of the box to dazzle their customers and the customers reward their creativity with increased patronage.

However, being innovative does not necessarily mean coming up with an earth-shaking or record-shattering product or discovery; it could also mean simplifying issues for your customers so that they can enjoy your services and products without unnecessary hassle or hardship. That’s what Nigerian banks have done by crashing the protocols attached to opening new accounts. Now, a customer can open a new bank account on his telephone.

Failure is often the first phase of success, but those who are not determined often fail to move from failure to success. Almost every successful person or organization has tasted failure. However, the difference between those who get the garland of success and those who don the shame of failure is in their determination or lack of it. Failure and disappointment are nothing but mileposts on the road to success. If you concentrate on the milepost rather than the destination, achieving your target becomes impossible. So, when you are hit by failure or disappointment, rather than growing disillusioned, become more determined. That is what Anthony Joshua did and he is today a global celebrity.

As a teenager, Anthony Joshua was remanded in prison for “fighting and other crazy things.” At 21, he was arrested with eight ounces of herbal cannabis hidden in his car. He was later sentenced to a 12-month community order and 100 hours’ unpaid work after pleading guilty. He was also suspended from GB boxing squad. Joshua, who has Nigerian roots, tried to represent Nigeria in the 2008 Beijing Olympics but he was turned down. All of these are enough to shrivel the lily-livered and take them off course, but not Joshua. With every challenge, he became more determined to live his dream of becoming the best boxer ever. After the Nigerian rejection, he returned to Britain and eventually represented the country in the 2012 London Olympics where he won a gold medal. Today, after 24 victories in 25 professional bouts, he holds the WBA (Super), IBF, WBO and IBO heavyweight titles. Joshua has been able to accomplish these because of his skill and dexterity but the secret of his success is his determination to continue in the face of failure and disappointments.

Good projects turn bad when there is no mechanism put in place to measure progress. To make 2021 better than 2020, you have to track and measure progress. Unless there is an unbendable measuring mechanism in place, the temptation to slow down and do what is convenient would be great. So, to ensure that no room for failure is allowed, you have to emplace measures to assess progress on a regular basis. As explained by Louis V. Gerstner, former CEO of IBM, people will not do what you expect but what you inspect. To avoid having a plan that gets stuck along the way or that does not get executed at all, you have to ensure that you monitor and measure progress. That is one sure way to make 2021 a better year.

Having a better year is a choice that is made on a daily basis.

How to finish 2020 impressively and start 2021 remarkably