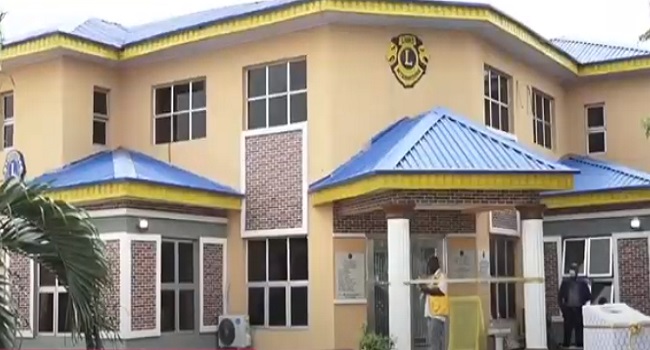 The facility, according to the club, was funded with $64,993 grant from Lions Club International Foundation for renovation and upgrade.

The club added that the facility which has been in existence since 2007 was also provided with $56,791 grant for equipment and training of personnel.

District Governor of the club, Lynda Odunmbaku, who spoke at the official commissioning ceremony of the facility at the State Hospital, Ota, noted that there was the need to upgrade the facility in order to bring it up-to-date with the technological advancement in health administration.

“This upgrade is necessary because as at the time it was built, the facilities there were meant for that era. Things have changed and technology have advanced. This facility will be equipped the with latest technology in treatment and surgery for the eye,” Odunmbaku said.

The deputy state governor, Engr. Nomiot Salako-Oyedele, who was a guest at the event said the facility will attend to a million people annually in the state.

She added: “We want to thank the Lions for delivering this facility in record time despite the COVID-19 challenges. We can assure that we will play our part in ensuring the life span of the facility so as to extend the benefit to our people. This project will serve a million people which is about 20% of our population annually.

“I want to salute the Ota Lions for all projects impacting the community. We have gone round and have seen a lot of them. We are promising that we will do whatever is needed on our part to facilitate speedy delivery of projects like this.”

Earlier in his address, the project administrator, Lekan Babalola said the first phase of infrastructure, renovation, rehabilitation, fittings, internal and external works have just been concluded while the second phase of equipment installations, finalization and training of personnel will be done within six months.

NIN registration: Nigerians should not take COVID-19 for granted — Expert