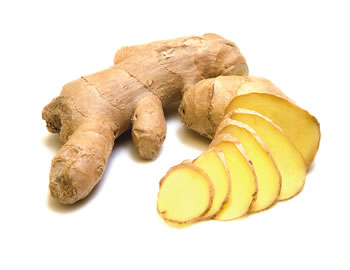 Now, in a new study, researchers say taking powdered ginger can help individuals with Alopecia areata to improve oxidative stress and trace elements status in individuals with alopecia areata, so supporting hair growth. An improved blood flow and reduction of inflammation on the scalp promotes healthier scalp. When scalp conditions clear up, hair growth may improve

This first pilot clinical trial study to evaluate the effects of using ginger powder as an alternative supplement for individuals with baldness was in the 2020 edition of the Nigerian Journal of Clinical Practice.

Alopecia areata, also known as spot baldness, is a condition that causes hair to fall out in small patches, which can be unnoticeable. These patches may connect, however, and then become noticeable. The condition develops when the immune system attacks the hair follicles, resulting in hair loss. It could also be brought on by severe stress.

The current treatment approaches of spot baldness mostly focused on modulation of the immune system using different types of drugs including steroids, phototherapy and immune-suppressants, meanwhile, many supplements and micronutrients can reduce oxidative stress and highly expected to play a role in the treatment of spot baldness.

Ginger is commonly called ata-ile (Yoruba) or chita (Hausa). As folklore medicine, it was used in the treatment of motion sickness, morning sickness, upset stomach, nausea, rheumatoid arthritis, inflammation, and asthma. Many of its active constituents have anti-diabetes, anti-cancer, and anti-inflammatory properties.

The pilot study in Iran had enrolled nine females and 11 males with spot baldness on their scalp. Their ages ranged from 17 to 45. They were treated with 500 mg of ginger powder once daily after breakfast for 60 days.

They were also to follow a modified diet and physical activity plan and avoid consumption of any dietary supplements and other treatments that may interfere with the study outcome. Also, individuals on any medication that may influence the course of the disease were excluded.

Blood samples were obtained for tests at zero time, day-30 and day-60 and compared with those of 20 healthy subjects served as a control group. They looked at the blood cells (red blood and white blood cells), including the total antioxidant status (TAS), as well as the level of zinc (Zn) and copper (Cu).

Daily consumption of 500 mg of ginger-containing capsule dosage form for 60 days produced a significant improvement in the antioxidant status of the blood cells, in addition to the increase in the zinc and copper blood levels

According to the report, the improvement of zinc levels in the blood might be attributed to the impact of the ginger components, which have potent antioxidant activities on maintaining zinc levels in the individuals with spot baldness.

Meanwhile, it has been reported that zinc-containing supplements may become an adjuvant treatment for individuals with spot baldness with low zinc levels in their blood.

The study said “The ginger powder used in the present study contains many constituents with anti-inflammatory and immune-modulating effects, and can be effective in the treatment of Alopecia areata. Meanwhile, these constituents are safe and convenient, and these features can improve the compliance of the patients with Alopecia areata during treatment.”

Further research, the study said, would need to find out if the effects of consuming ginger as a supplement by the patients with spot baldness will be maintained and/or improved with longer treatment durations.

As a cooking spice, ginger is safe for most people. Individuals with any known ginger allergies should avoid applying its extracts, essential oils, and any other form of ginger to their hair.

By rubbing some ginger on the inside of the elbow 24 hours before using it on the hair or scalp is possible to ascertain if there would be any adverse reactions. Possible signs of a skin reaction can include a red rash, hives or itchiness.