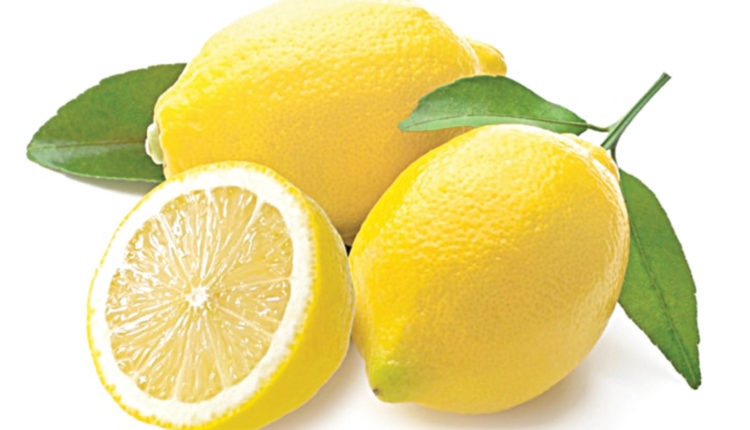 Lemon has been used historically to fight food poisoning, malaria, typhoid fever and scurvy. Although, lemons did not suffice as a cure, in combination with standard antimalarials, lemons promoted early recovery from malaria.

They had evaluated the parasite suppression and antimalarial effect of lemon decoction with artemether/lumefantrine under laboratory condition in 25 mice. All the mice had approximately the same level of malaria parasite in them. Artemether/lumefantrine is the first-line drugs for the treatment of uncomplicated malaria.

Now, nearly half of the world’s population is at risk of malaria and its severe cases result in death as a result of gross anaemia, if not treated in time.

The mice were divided into four groups, consisting of five mice per group. Each group received an oral dose of either a 5per cent carboxymethyl cellulose/placebo (negative infected control), lemon decoction alone or a combination of artemether/lumefantrine (A/LU) and lemon decoction and A/LU alone. The fifth group of mice consisted of uninfected mice as parasite-negative control.

For the study, the researchers in the 2020 edition of the journal, BMC Complementary Medicine and Therapies had determined their malaria clearance rate and packed cell volumes (PCV) over the period the test was carried out. Clearance of infected red blood cells is currently a useful marker of treatment success in malaria.

To make the lemon fruit concoction, three mature lemon fruits are cleaned to remove any dust they may contain. They are each cut into four pieces. The 12 lemon fruit pieces were put into one and a quarter litres of water and boiled for 12 minutes. The mixture is left to cool and the juice is separated from the solid material.

Ninety-six (96) hours post-infection, all groups with standard treatment were completely cured. However, mice in the negative infected group started to die.

In this study, lemon decoction showed some antimalarial effect by suppressing malaria parasite growth by 39.5 per cent and maximum suppression of parasite growth was obtained after 72 hours of its use for treatment.

According to them, “This observed antimalarial activity may be due to the action of various biomolecules like phenolics and minerals in lemon fruit and peel.”

That the parasite-negative (control) group had a significantly higher PCV compared to the two groups, lemon fruit concoction group and negative infected control, they suggested may mean that the lemon decoction used alone did not protect mice from anaemia.

Also, a possible explanation of that phenomenon could be that use of lemons suppresses both fever and parasitemia in malaria-infected individuals.

The researchers said the low antimalarial activity seen may not only be due to poor extraction processes, but may be due to other factors such as lack of appropriate animal model.

They added, “As it has been reported in folk practices, the lemon juice decoction is not used alone; additives are often included, such a mix of lemons with honey lemons with sugarcane pieces, lemons with guava leaves, lemons with cinnamon and garlic.”

Further investigations, the researcher said, are needed to establish the usefulness of lemons to treat/supplement treatment in endemic malaria regions. Also, new research is needed on effective methods of preparing the lemon juice decoction, a proper dosage and combinations that can achieve a cure without ill side-effects to the users.

Previously, studies had shown that lime, just like lemon promoted rapid parasite clearance and prevented treatment failure. In 2011, preliminary studies in the journal, Randomized Controlled Trial Phytotherapy and Research showed that lime juice when used with the appropriate antimalarial enhance malaria parasite clearance especially in those with uncomplicated malaria.

The average time to achieve at least 75 per cent reduction in malaria parasite load was significantly lower in patients on ACT and lime. Also, while a significantly higher proportion of children on antimalarial drugs and lime juice achieved complete parasite clearance by 72 hours of treatment, 10 (18.2 per cent) patients without lime had early treatment failure. There were no side effects with the use of lime juice.

In Yoruba land, there is folklore and anecdotal evidence to suggest that daily and regular consumption of lime juice produces a feeling of wellness. In the tropics, where a leading cause of ill‐health is malaria, it is important to find ways of improving the effect of appropriate antimalarials, influencing the rate of recovery from malaria, or even prevent the ailment.

Galaxy Backbone: China may not sign $5.3bn Ibadan-Kano rail loan if probe continues, Amaechi warns
THE House of Representatives on Tuesday raised the alarm over lethal clauses in Article 8(1) of the commercial loan agreement signed between Nigeria and Export-Import Bank of China, which allegedly waives “the sovereignty of  Nigeria”  in the $400 million loans for the Nigeria National Information and… Read Full Story
No Specific Cure For COVID-19, NCDC Says Hydroxychloroquine Only Limited To Clinical Trials
Nigeria Centre for Disease Control (NCDC) has again warned against the casual use of hydroxychloroquine as the cure for COVID-19. In a series of tweets on its official handle, @NCDCgov, the centre maintained that the use of hydroxychloroquine in Nigeria was limited to clinical trials… Read Full Story
Court issues warrant of arrest against the ex-NASS clerk
JUSTICE Suleman Belgore of the High Court of the Federal Capital Territory (FCT) on Monday issued a warrant of immediate arrest against the immediate past clerk of the National Assembly, Alhaji Mohammed Sani Omolori. The judge issued the warrant of arrest following an ex parte application filed by the EFCC… Read Full Story
FG Declares Thursday, Friday Public Holidays To Mark Eid-El-Kabir
The Federal Government has declared Thursday 30 and Friday 31 July, as public holidays to mark 2020 year’s Eid-el-Kabir. The Minister of Interior, Ogbeni Rauf Aregbesola, made the declaration on behalf of the Federal Government, through a statement signed by the Permanent Secretary, Ministry of Interior… Read Full Story
Ondo 2020: Akeredolu Names Lucky Ayedatiwa As Running Mate
The Ondo State governor and the candidate of the All Progressives Congress (APC) in the forthcoming governorship election in the state, Mr Rotimi Akeredolu, has named Mr Lucky Ayedatiwa as his running … Read Full Story
COVID-19: Osun Cancels Eid Prayers, Okays Juma’at In Mosque
Osun State government, on Tuesday, announced that it has cancelled Eid prayers for this year’s Eid-el-Kabir celebration. In a release signed by the Secretary to the State Government (SSG), Prince Wole Oyebamiji, the government stated that; “having appraised how the state is currently faring with respect to the global… Read Full Story
Kogi West: Appeal Court Strikes Out Melaye’s Appeal Against Adeyemi’s Election
The Court of Appeal, Abuja Division, on Tuesday, struck out the appeal brought before it by former Senator Dino Melaye challenging the judgment of the Kogi State National Assembly Election Petition Tribunal which affirmed the election of Senator Smart Adeyemi as the Senator representing  Kogi West Senatorial… Read Full Story
Ize-Iyamu’s Agenda Is ‘Simple’ Because He Doesn’t Know Governance Is Difficult — Obaseki
What happens is this-Nigerian kind of politics is one that is created. You know there are different motives for different things. It is election time now and I begin to brag my own truth or story about politics, about who I am and who I am not. Today, in Edo, this is what is on ground – Edo is dearly a PDP state… Read Full Story
Obaseki Has Taken Edo Backwards — Ize-Iyamu
I am a very local person and it is a deliberate choice. I was born in Benin; I went to primary school in Benin; I went to secondary school in Benin; I went to the university in Benin. Unfortunately, there was no Law school in Benin. If not I would have preferred done law school in Benin. That’s when I had to come to Lagos,… Read Full Story
Bandwagon Activism: Why You Should Not Believe Every Activist
TODAY, it is common, especially on social media, to see people calling themselves advocates and jumping on diverse causes without adequate information or knowledge about the subject of the cause especially when it comes to gender issues like rape, gender equality, harassment, intimate relationships and boss-employee… Read Full Story
The Incessant Killings In Southern Kaduna
LAST weekend, bandits alleged to be Fulani herdsmen struck in the southern part of Kaduna State, cutting down scores of people. Like many other Nigerians, popular Nigerian musician, Joel Amadi, lost loved ones: his father and uncle were among the scores killed. Since January, the killings in Southern Kaduna… Read Full Story
Sanwo-Olu Harps On Due Process, Prudence In Public Spending
Lagos State governor, Mr Babajide Sanwo-Olu, on Tuesday, vowed that his administration places a high premium on compliance to due process, probity and accountability in the management of… Read Full Story
Nigeria Sees Deepwater Gas Production Drop To 41.65bscf
Data analysis from the Nigerian National Petroleum Corporation (NNPC) has shown that the volume of natural gas produced from the nation’s deepwater oil fields has hit its lowest level in… Read Full Story
Share FacebookTwitterGoogle+ReddItWhatsAppPinterestEmail