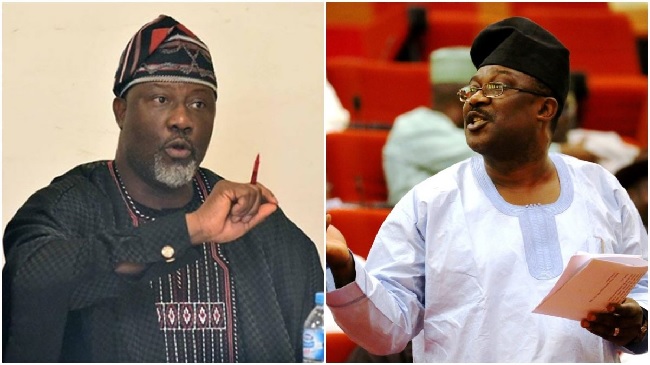 The Court of Appeal, Abuja Division, on Tuesday, struck out the appeal brought before it by former Senator Dino Melaye challenging the judgment of the Kogi State National Assembly Election Petition Tribunal which affirmed the election of Senator Smart Adeyemi as the Senator representing  Kogi West Senatorial District at the Senate.

The three-member panel of Justices of the appellate court, headed by Justice Ibrahim Salawa, while striking out Melaye’s appeal against Adeyemi’s election held that it was filed out of time.

The appellate court held that “We have a protocol and we cannot go outside the purview of the law,” and consequently struck out the appeal for being incompetent and upheld the judgment of the Kogi State National Assembly Election Petition Tribunal, which affirmed the election of Senator Adeyemi.

The Tribunal, in the unanimous judgment, dismissed Melaye’s petition  challenging the victory of Senator Smart Adeyemi at the November 2019 re-run election for lacking in merit

The former Senator claimed that he is the authentic winner of the election and prayed the Tribunal to declare him the winner, having scored the highest number of valid votes.

He had told the Tribunal that the re-run election was marred by violence, over-voting, manipulation of figures and other irregularities and called for total cancellation of the affected areas and declare him the winner of the election.

Melaye further argued that the 88,373 votes declared for Smart Adeyemi which he used to win the election were gotten through manipulation of figures in Lokoja and other local government areas.

But in its judgment, the Tribunal held that both Melaye and his party failed to prove the allegations beyond reasonable doubt as required by law.

It held that the evidence of the witnesses called by the petitioners was discredited during cross-examination and turned out to be “worthless, unreliable and unmerited statement”, and as such could not be relied on.

The panel further held that claims of over-voting and other alleged electoral malpractices were not substantiated both from documents presented and testimonies of witnesses.

The Independent National Electoral Commission (INEC) had declared Adeyemi as the winner of the November 2019 Senatorial rerun election after winning the majority of lawful votes cast at the Kogi West senatorial poll, a declaration Melaye disagreed with and approached the tribunal to challenge the results.