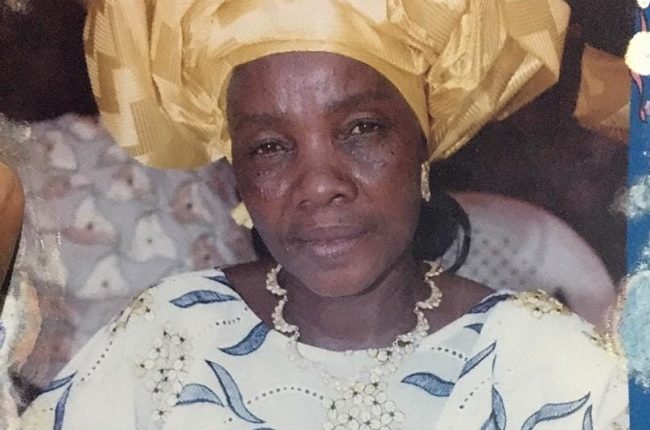 The family of a market leader, Aderonke Sikirat Anifowose has declared her missing since Friday, January 1st

Until her disappearance, the woman was said to be the Iyaloja of Oworonsoki in Lagos State and she reportedly left her home for Epe in the state.

According to one of her children, Owolabi, the last destination, known of the Iyaloja of Oworo Naomi Market was the Oriwu Central Mosque in Ikorodu, where she reportedly observed her Friday prayer.

He added that “She was going to Epe from Oworonsoki but her last contact was Oriwu Central Mosque, Ikorodu, where she observed her Kumar prayers on January 1st 2021.”

“If there is any information, contact the nearest police station,” the statement from the son of the missing market leader reads.

Efforts to get the reaction in charge of the state police command Muyiwa Adejobi failed as calls to his mobile phone lines were not answered.

The British Parliament at the Westminster Hall held a debate on ‘e-petition 554150, relating to Nigeria and the sanctions regime’ on Monday. The government of the United Kingdom has however responded…Lagos market leader  Lagos market leader

The surprise visit made on Friday night by the leaders of the ruling All Progressives Congress (APC) to former President Goodluck Jonathan at his residence in Abuja triggered a stir in the major political camps, resulting in at least four possible theories..Lagos market leader  Lagos market leader