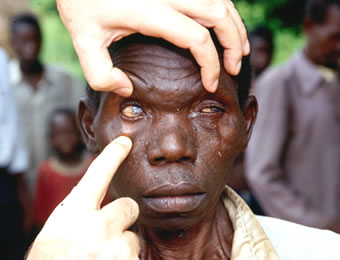 I am a lawyer. I am writing you this letter because I know you are a friend of Dr. Ben’s and you are in a position to talk some sense into his head. Please don’t be mad at me if I say I don’t understand him anymore.

I went to him for a medical report to enable me file a charge of assault occasioning grievous bodily harm against a policeman who slapped me simply because I didn’t stop immediately he waved me to stop at an ad hoc checkpoint mounted at a bend. I saw flashes of light in my left eye and soon after, discovered that I couldn’t see anything with it. There were several eyewitnesses and some caught the whole scenario on video.

ALSO READ: Why I killed my mother, slept with the corpse ― 18-year-old suspect

“Dr. Ben peeped into my eyes with an instrument, performed some tests and said, “If I were you, I would go back and thank the policeman for slapping you.” “Why?” I asked, boiling with anger. “You have glaucoma and you are totally blind in the left eye. The right eye is affected but not as bad.” I was deflated and speechless for a few seconds.

When I regained my composure, I protested vehemently that I was seeing very well with both eyes before the incident so the policeman’s action was responsible. I showed him the video of the incident. He stood his ground and maintained I had glaucoma. I felt insulted and walked away.” Yomi, my good friend replies.

“It is true, Dr. Ben is my friend but I am not a medical doctor and therefore, incapable of commenting on his diagnosis. However, you will find the answer to your dilemma in this little brief on glaucoma he sent to me as part of his contribution to the World Glaucoma week this year.”

“Glaucoma is the commonest cause of irreversible blindness in Nigeria. It is a chronic, creeping, painless and powerfully blinding condition. You don’t know you have it until very late in the disease process. Awareness of the disease is very poor. At their first visit to the hospital, about three out of 10 people are already blind in both eyes from glaucoma and another five have severe visual impairment!

“The only way to beat the seemingly invincible glaucoma and prevent yourself from going blind is to have a comprehensive eye examination, once every year. If you are found to have glaucoma, accept it, commence treatment and keep follow-up appointments with your doctor so that treatment can be modified if and when necessary. Surgery may be a better treatment option for young people.

“Glaucoma destroys the nerve responsible for transmitting light impulses from the eye to the brain. Once the “cable”, known as the optic nerve is destroyed, there is an irreversible loss of vision. The cause of glaucoma is not known and there is no known cure. But two major factors are identified — a high pressure in the eye or inadequate blood flow to the eye.

“So whatever affects the stability of the eye pressure or blood flow to the eye, increases one’s risk of developing glaucoma. Thus, if you are above 40 years of age, hypertensive, diabetic or you have been using steroids for a prolonged period of time, you are more prone to developing glaucoma and suffering irreversible blindness.

“Unfortunately, there are no warning signs such as eye pain, headache, redness or even reduction of vision in the early stages. By the time a person is aware of any visual loss, the damage has been done and the disease is already at an advanced stage. Once again, it is this silent nature of the disease which makes it difficult to recognise by the sufferer until blindness is knocking at the door.

Only early diagnosis and conscientious treatment can prevent blindness in glaucoma.”

“There is no doubt that the policeman was the angel sent to call your attention to glaucoma and save your other eye. What do you say to someone like that? There are only two appropriate words, “Thank You.”