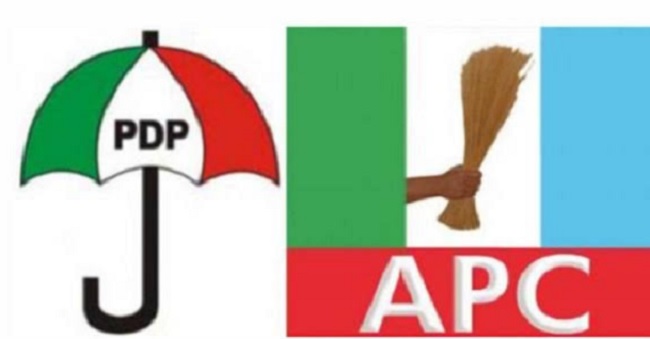 The Edo State Chapter of the All Progressives Congress (APC), has described the last Friday’s defection of the senator representing the Edo North Senatorial District,  Senator Francis Alimikhena to the Peoples Democratic Party (PDP), as self-delusional.

The Edo APC noted that the defection of Alimikhena and another APC chieftain, Chief Lucky James, to an unnamed faction of the PDP and the frenzy the exercise generated in the faction of the PDP that received them showed the level the ruling party in the state had sunk.

In a press statement endorsed by Mr Ofure Osehobo, Edo APC Assistant Publicity Secretary, the opposition party in the state said that it amounted to self-deceit the hype by the Edo PDP that 64 leaders of the APC from Edo North Senatorial District defected at the event held at the official lodge of the deputy governor, Comrade Philip Shaibu.

The statement reads in part: “The hype of a purported defection of 64 leaders of the party to an unnamed faction of the Peoples Democratic Party (PDP), in the state, is an umbrella of lies emanating from the failed ruling party in the state.

“The Edo APC calls on the state governor, Mr Godwin Obaseki, his deputy, Mr Philip Shaibu, who are not even PDP members, and the rented chairman of the PDP, Dr Tony Aziegbemi,  to be wary of this kind of self-deceit laced with a bogus and unfounded figure of decampees.

“In conclusion, we liken the Edo PDP and their new members as figurative jesters, typical of a drowning political party that has lived its life solely on betrayals, falsehood, fraud and propaganda. We wish them failure in their endeavours.”

It would be recalled that Senator Alimikhena on Friday led his supporters across the six local government areas of Edo North Senatorial District to defect to the PDP, with an invitation to Governor Godwin Obaseki and Comrade Philip Shaibu to come to Edo North at a later date to witness a mega rally where a large number of APC members in the area would defect to the PDP.

Alimikhena lost his third term return bid to the senate under the APC to the former national chairman of the APC and two-term governor of the state, Comrade Adams Oshiomhole.