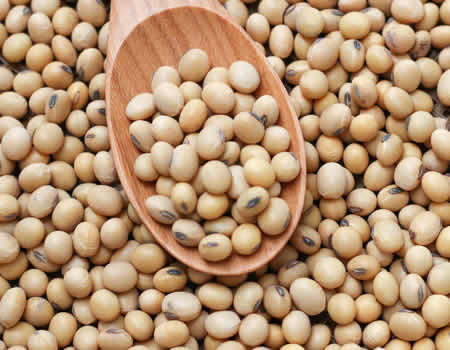 SMALL and medium enterprises (SMEs) in the country have been urged to produce soybeans in portable packs to ensure that the protein-rich food source is readily available and within the reach of all Nigerians.

Professor Ibiyemi Olayiwola, Professor of Human Nutrition, Department of Nutrition and Dietetics, Bowen University, Iwo, Osun State, who made this call at the Protein Challenge Webinar, noted that in the quest to combat protein deficiency, it is important to improve access to affordable protein-rich food sources such as soyabeans.

She explained that the widespread availability of packaged soyaproductswill lead to an increase in adoption and usage across the country. This also means more derivatives of soy will be produced, packaged and available for distribution.

The professor of Nutrition called on Nigerians to be soy-centred and noted that soy flour should be in every kitchen for use as sauce, thickener and additive. It can be consumed as soy sauce, soy milk, tofu, soy meal, soy flour and soybean oil daily.

According to Professor Olayiwola, “The biological value of soyabean cannot be overlooked; rather it should be integrated into most of our meals. Protein is the reason that soyabeans have historically been called ‘meat of the field’ or ‘meat without bones’. It has 86 per cent net protein utilisation.”

She revealed that nutrition experts agreed on RDA (recommended dietary allowance) of at least 0.8g/kg body weight/day that safely and adequately meets the protein needs of most healthy persons. Proteins, she added, are needed at different stages of life for growth, to boost the immune system and for energy.

She equally joined calls by fellow nutrition experts for the addition of soyabeans to wheat flour in the production of staples such as bread, pasta and noodles, as a way to tackle malnutrition in the country.

The Nigeria Protein Deficiency Report 2019 revealed that carbohydrates are the most consumed food among Nigerians, leaving many deficient in protein. Rice tops the list of foods consumed among Nigerians, with 91 per cent, and closely followed by “swallows” such as eba, pounded yam, fufu, and amala at 83 per cent.

The survey, geared towards determining Nigeria’s protein deficiency status, also shows that the most important determining factors for the choice of meal consumed in the country are “availability, at 79 per cent, and affordability, at 68 per cent.”

High cost was also identified as a major disincentive for the consumption of most protein food sources. The report indicated that 51 per cent of respondents do not have adequate protein-rich foods due largely to the relatively high cost.Soybeans are a relatively cheaper source of complete protein.