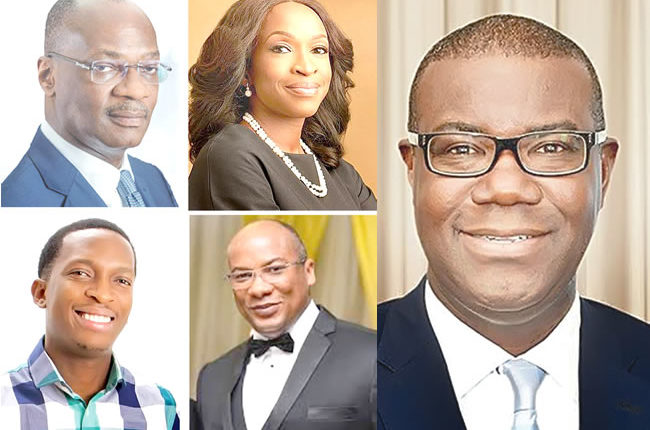 When well-managed and properly-structured, businesses can, like diamonds, live forever, though their founders don’t enjoy the same privilege. A business that pays attention to its customers’ needs and continues to create value for them will never be out of business (enduring businesses). That is the strength of Nishiyama Onsen Keiunkan, a hotel established in 705 AD by Fujiwara Mahito. The Japanese hotel has run for over 1,315 years and has been managed by about 42 generations of the same family. The hotel’s staying power has been its ability to adapt its offerings to suit the needs and taste of its clientele. It has also capitalized on its nearness to Mt. Fjui and the Jigokudani Monkey Park to draw patrons from royalty, the political class, entertainment superstars and Silicon Valley icons. So, the hotel is busy all-year-round.

But experts are agreed that factors responsible for the durability of organizations are far more than personal services and family traditions. Here are some of the factors that can make organizations last like diamonds.

The tragedy of having an incompetent leader is that he tries to make everyone in the organization less competent than himself so as to shield his own incompetence. This is what Cyril Northcote Parkinson, a management expert, calls injelititis in his book, The Pursuit of Progress, published in 1950. According to Parkinson, injelititis is a situation in which an incompetent leader, in a bid to maintain his hold on the organization, eases out everyone who is seen as more competent than himself. The implication of this is that the smart people keep their mouths shut to keep their jobs safe, thus leaving the boss to have his way with the running of the organization. This will have an adverse impact on the organization and it will affect its performance.

Leaders often get into the rut of incompetence when they stop developing themselves. The business environment is changing daily and the leader that will be able to lead his organization through the curve of change is the one who is committed to personal development. Leaders should not be too engrossed with growing their companies that they neglect their personal growth because no leader can take his company to where he has not been. A leader who does not grow on a consistent basis cannot grow his company.

What is important to all stakeholders is trust; they want to have a lasting relationship with organisations they can trust and this is a matter of integrity. Stakeholders are comfortable with organisations that are founded on integrity because they know that such organisations will always have their back. Shareholders want their businesses to be properly managed so that there will be adequate returns on their investment; the best hands want to work for ethically sound companies that they can trust to protect their career interest, the government also appreciates organisations that conduct their businesses with integrity. A company built on integrity enjoys customer preference in a competitive environment because the customers have come to associate the company with quality. The company also reaps value appreciation from financial market. No company can fully realize its potential until it starts conducting its business ethically. Trying to cut corners is being penny wise and pound foolish.

At a time in Nigeria, there was a rash of companies, especially in the financial sector, which seemed to become successful overnight. But when there arose a storm, they were all blown away. The companies could not survive because what kept them strong were the underhand dealings they were involved in. Thus, they went under when the tide changed. What organisations that abhor integrity make in the short run, they lose in the long run.

One factor that ensures the sustainability of organisations is their readiness to admit it when things are not going the way they want. Sometimes, because of the volume of resources that has been expended on a project that has failed to fly, an organization may want to continue putting more money into it hoping for a turnaround. But oftentimes, the project continues to consume money without a commensurate return on investment. This is what is known as the cost sunk fallacy. But a company that will endure does not travel that route.

Organisations get into the cost sunk fallacy when the leadership is bent on proving to everybody that it was right to take a decision that is obviously wrong. The proof of the rightness of a decision is the result. If the result is not right, the decision is wrong. But when the leadership, either as a result of warped conviction or arrant arrogance, continues to defend a wrong position, it sinks into the cost sunk fallacy. The truth is that the best of leaders sometimes make mistakes. But once they realize this, they do everything to correct it, not bothering about their image or ego. But when a leader is more particular about his image and ego than he is about the cost of sinking resources in a project that is destined for failure, he puts the organisation in serious danger.

When a decision is made in good time to cut loss by stopping a project that fails to meet expectations, the loss to the organization will be minimized. When an aspect of a company keeps gulping resources, it affects the liquidity of the organisation and may end up bringing down the whole organisation because a chain is only as strong as its weakest link. So, coming to terms early with what works and what does not is a way of saving an organisation from collapse.

Strategy is very important to the success of any organization. Organizations are built on vision but strategy is the feet on which vision runs. If the strategy is right, the vision will be actualized but when the strategy is wrong, the vision is bound to fail. It has been said that every organisational failure is traceable to wrong strategy. Hence, successful organizations continuously tweak their strategies to ensure that what they are doing is what they need to do to get the kind of result they need to get.

For many years, the strategy employed by 7-Up Bottling Company Nigeria Plc to market its products is Direct Sales to its distributors. The company expended money on logistics but ended up accumulating debts as many of the distributors declined to pay for products on time. This affected the liquidity of the company until it changed its strategy.

Recently, the company adopted a new strategy known as Alternate Sales and Distribution System. With this, the company has deregulated its distribution process. Rather than supplying before getting paid, the company insists on distributors paying before being supplied products. This has improved the liquidity and the efficiency of the company as it gets paid before supplying its distributors and it also knows ahead of production the exact number of products it is going to need. By changing its strategy, 7-Up has changed its experience; it has become more efficient and more profitable. What works for 7-Up will work for other companies.

Being gung ho on a particular strategy to the point of not willing to do away with it when it becomes necessary is not in the interest of any organisation. An organisation should be willing to change a strategy that fails to deliver the result it expects.

For an organization to have the life of diamonds it must not just evolve with the market, it must be ahead of the market in bringing solutions to emerging needs of its customers. Doing this will make it a trendsetter and position it to reap full benefits of its innovation. A business that waits for others to innovate before copying can only be a laggard and laggards stand the risk of being abandoned by customers. The end begins for a company when the customers begin to abandon it.

When well-managed and properly-structured, a business gets better, stronger and more prosperous from generation to generation.

Rising from managing to leading