How I lost four children, wife to flood disaster —Businessman 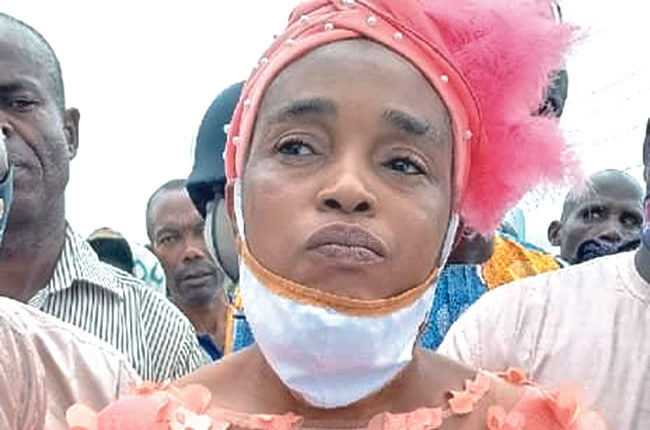 Mr Ebubedike Igboamara, a businessman lost four of his six children and one of his two wives in the flood that ravaged Ungwan Gwari community in Niger State penultimate Saturday. He and his other wife, Dr Peace Igboamara share their grief in this interview by Adelowo Oladipo. Excerpts.

SIR, we understand that you are the father of the four children who died in the flood, two of whose bodies have been recovered.

Yes, my name is Igboamara ThankGod Ebubedike. I lost four of my children: Wisdom, Desire, Dominion and Destiny Igboamara and my wife, Patience Igbomara. The ages of my four children were 20, 18, 13 and 11 years plus respectively. And my surviving wife is Dr. Peace; she works with the Niger State government, but because of the nature of her job, she is not staying with us here. I am a businessman. I am into pharmaceutical business and I have been living here for 12 years. I am from Abia State.

Madam, sorry about the loss of your children, but could you recall what really happened?

I am Dr. (Mrs) Peace Igboamara, a medical doctor working with the General Hospital, Suleja in Niger State.  Actually, let me say rightly that what happened here is a disaster and it is like a dream to me that my four children are gone; gone as a result of flooding. I was just woken up from the church. I still cannot believe up till now that my children are no more. Honestly…  My husband is the one living with my six kids, but today I am left with only two kids. So, everything is gone. They have gone to meet the Lord.

My second son was in his third year at the University of Benin, Department of Pharmacy. My daughter Desire was in her first year in the same University of Benin; my second daughter, Dominion was in SS1 at Immaculate Sacred Heart School, here in Suleja, with Destiny my last daughter. By October this year, she would have been 12 years old. I love (all of) them because naturally, I love children.

When was the last time you saw the four children alive and what was your last encounter with them?

You are a medical practitioner?

Yes, I am.  I work at the General Hospital, Suleja. This calamity became my portion when I was busy saving other people’s lives, but I know there is God. I save the lives of other people but my children are gone. I know there is a reason, but all I know is that one day, the God of Israel will take control of the souls of these human beings because we are here for a reason but God will give us comfort.

Were you in the house when the disaster happened and if not, where were you?

So, you don’t live here in the house with your children?

No, I don’t live here because he sent me out of this place. I don’t know why he decided to take that decision.  But he said he wanted another wife and he decided to send me out. Though I don’t live here, my children lived here with him and all the four children that died are my children. My children are six in number only two are alive. But it is well… We, (my husband and I), have lived together for 28 good years. It is only God that knows what happened. But there is God. The bodies of my two daughters are still missing. We have recovered bodies of two out of the four bodies, but I have not seen [the corpses of] Dominion Ugochukwu Igboamara and my last girl, Destiny Igboamara. But I have been going round.

You were around when the rain started, what was the experience when the flood came?

The state governor, Alhaji Abubakar Sani Bello, has paid a condolence visit and sympathised with the people, including your family. What advice would you give to the governor who has also gone on to assess the damage caused to other parts of the state?

I know he is also grieving like us. My advice to him is that he should not grief. I know there is comfort from above and God will give us the grace because we all are human beings. The most important thing is just to let us make peace with God. I am grateful that the governor came to commiserate with us. But please forgive us for inadvertently building our house on river channel. Government should come to our aid.

What I want to add is that we need government to come to our aid. With what has happened, we need assistance. We need shelter for me and my family. If they can see anywhere to relocate me and my family, they should please help us.