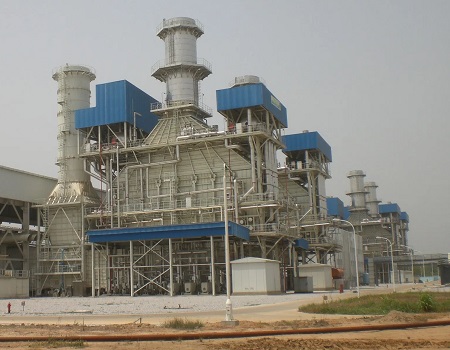 FAKE news stories have become common, especially with the advent of social media. In a society like ours where freedom of expression is sometimes taken to the extreme, it is not uncommon that some individuals  just wake up and make some spurious and weighty allegations without recourse for consequences of character assassination and blackmail as spelt out in the law. Some of such news stories that seem to have generated much debate in the past few weeks are the ones linking the Vice President Yemi Osinbajo, SAN, with some spurious allegations. Just recently, a writer claimed that embattled the Economic and Financial Crime Commission chairman, Ibrahim Magu, gave Vice President Osinbajo N4bn. The now suspended EFCC chairman has since debunked the allegation, stating that it was a fabrication of falsehood and outright lies, and, as expected, the writer could not substantiate his claim. Nigerians were, again, shocked last week when a serving senator and former two-term governor of Benue State, Dr. Gabriel Suswam, alleged that Vice President Yemi Osinbajo, SAN, and the Minister of Works and Housing, Mr. Babatunde Fashola, signed the $1.2bn Azura power project agreement on behalf of the Federal Government.

Suswam, who chairs the Senate Committee on Power, had argued that the deal signed wasn’t in the best interest of Nigeria, saying that pulling out $1.2 billion or any amount from Nigeria’s foreign reserves was unhealthy for the nation’s growth. He described the Share Purchase Agreement (SPA) between the Federal Government and Azura Power Plant as a drain on the nation’s resources. He argued that Vice President Osinbajo and Fashola, signed the controversial agreement which, he claimed, was detrimental to the nation’s resources. Following his submission, the Senate had called for a review of the SPA after its committee on power made the recommendation. Barely a week after the former governor’s misguided recommendation, Nigerians have described the lawmaker’s allegations as a ruse, saying that his understanding of the Azura power deal falls short of proper research and lacks substance.

A businessman, Razak Akin, stated, “I’m surprised that Suswam or his Committee did not carry out due diligence and research on the Azura power deal. If they did, they would have known that the deal was signed under the former administration. Suswam’s recommendations are not fact-based.” Just like Akin, many Nigerians have described the linking of Osinbajo and Fashola to a deal that was signed before the Buhari administration came into office in 2015, as mischievous.

With the agreement having been signed before the inception of this administration, the questions one may ask are who profits from claiming that it was done by Osinbajo and Fashola? What is the motive behind this falsehood? And in their desperation to attack these gentlemen, why are they willing to rubbish a company that produces nearly a tenth of our nation’s power as things stand today? Neither Vice President Osinbajo nor Mr. Fashola signed any such agreement. They were not even in office when the Azura agreements were signed. Records show that the Power Purchase Agreement or PPA for the transaction in question was signed on April 22, 2013, during the tenure of the then President Goodluck Jonathan. There was a Put/Call Agreement signed with Azura on October 22, 2014, whereby Nigeria reserved the option to buy over the assets or the company to give up the assets and seek payment if Azura defaults. According to the official, following the PPA signed on April 22, 2013, the Put/Call Agreement was also signed by the Jonathan administration with the power plant in October 2014.

Explaining the reason why the nation’s foreign reserve would not be affected by the deal, he said: “No investor can just pull out $1.2 billion or any amount from Nigeria’s foreign reserves like that. Yes, there was a Put/Call Agreement signed with Azura on October 22, 2014, whereby Nigeria reserved the option to buy over the assets or the company to give up the assets and seek payment if Azura defaults.”

According to informed sources, when the agreement was signed in 2013, it was a good deal for Nigeria, which was desperate for stable power supply and simultaneously seeking the establishment of power plants. It is clear that no one quite envisaged the current situation where electricity generating companies are kept idle because when power is produced, the transmission company may not be able to wheel the electricity fully for distribution to customers. It is no longer news that even when the electric power is made available for distribution, the distribution companies (Discos) at times reject it because they have failed to improve their networks and to meter their customers. The fear of the Discos is that they might be unable to deliver the power to customers or to collect tariffs. On their part, customers are reticent to pay because service is appalling and most of them feel cheated by estimated billing. Over 80 per cent of Azura’s power is currently being transmitted and distributed, while the rest is being used by the Transmission Company of Nigeria to stabilise the national grid.

On its part, the management of Azura Power West Africa Ltd – the plant’s parent company, clarified that the contract for the Azura power project signed with the Federal Government between the periods of 2013 and 2014 was binding and in force, at the time the Power Purchase Agreement (PPA) was signed in April 2013. In the same vein, the Managing Director of Azura Power West Africa, Mr. Edu Okeke, speaking during an interview on a TV station, explained the signing of the Power Purchase Agreement (PPA) in 2013 which was later amended and signed in 2014.  He said, “That negotiation took quite a long time, also the World Bank was actively involved, and it culminated in the signing of the PPA in 2013 and this was later amended and signed in 2014.  Ahmed Rufa’i Zakari, the Special Adviser to the President on Infrastructure clarified in a statement that, “because there was already a valid and binding contract between the Federal Government and Azura-Edo, that would have led to an international case similar to the P&ID scenario.”