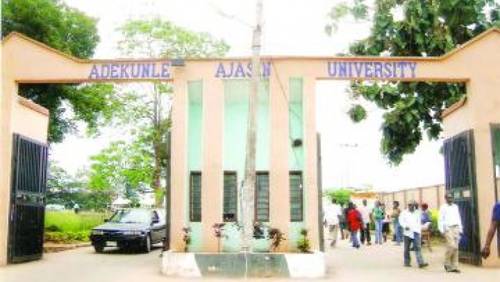 Following the death of some students of Adekunle Ajasin University, Akungba Akoko (AAUA) in an accident that occurred on Saturday evening, the school has postponed the first semester examination scheduled to start on Monday, indefinitely.

The accident which claimed the lives of over 12 people including students of the institution when the driver of a truck loaded with bags of cement lost control of the vehicle and rammed into shops around the University community.

The authorities of the institution however, expressed shock over the incident, calling for the indefinite suspension of the examinations as a mark of respect for the departed soul of the students.

While expressing pain over the sudden death of the students, the institution’s Acting Registrar, Opeoluwa Akinfemiwa, in a circular said “the Management of Adekunle Ajasin University, Akungba Akoko received with great shock the news of an accident involving a Dangote trailer which occurred in the evening of today Saturday 23rd January, 2021 in which some of our students sadly lost their lives.

“Management commiserates with the University community in particular and the Akungba community in general on the sad incident.

“The management had also informed Government about this unfortunate incident and we are working with Government to prevent a reoccurrence.”

The circular stated further that “Meanwhile, as a temporary measure, Management has directed that the main gate should be closed with immediate effect. Staff and students are therefore requested to make use of the following, Sports Center gate; Guest House gate; Eastern gate and the two small gates (the one leading to the Works and Services Department and the one leading to the Student Union building).”

The Registrar said the measure was part of measures to prevent reoccurrence wile the institution is looking into ways to address the incessant accidents in the community.

“As a mark of respect for our departed students, the examinations scheduled to start on Monday 24th January, 2021 is hereby postponed till further notice.

“We appeal that our students should remain calm, as the University mourns those that lost their lives in this unfortunate incident.

“The University and the Ondo State Government are working round the clock to institute permanent solutions to the problem of incessant road accidents along Ikare-Akungba road.

“Once again the University Management commiserates with the University community, the families, victims and people of Akungba Akoko over this unfortunate incident.”