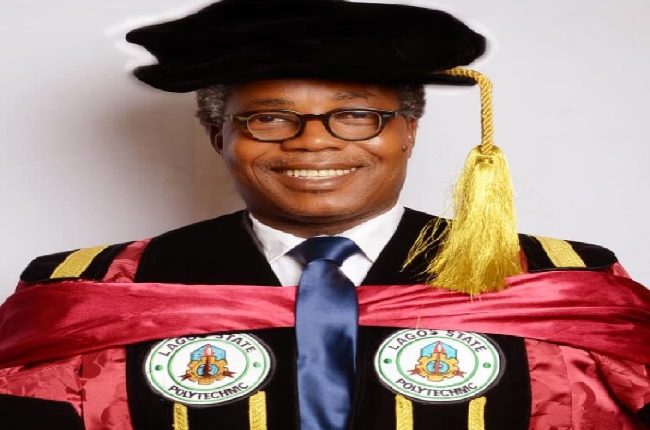 Following an investigation into a rape allegation against the Acting Rector of the Lagos State Polytechnic (LASPOTECH), Olumide Metilelu, Members of the National Youths Council of Nigeria (NYCN), Ikorodu North Chapter have demanded that he steps down.

The Youths made the demand during their protest at the Lagos State House of Assembly.

The youths hailed the governor’s wife, Dr. Ibijoke Sanwo-Olu and the Coordinator of Domestic, Sexual and Violence Response Team (DSVRT) Lagos State, Mrs. Titilola Vivour Adeniyi, for their swift response in making this matter see the light of the day.

“We thank them both for their motherly role, and we repose even greater confidence in their avowed crusade,” Nurudeen said.

The youths also marched to the governor’s office with a protest letter.

Director, Office of Civic Engagement, Kolawole Hundeyin, who received their letter, assured them that justice would be served.

CORRUPTION, INSECURITY: Nigeria needs a Rawlings now —NDP
NATIONA L chairman of the National Democratic Party (NDP), Chidi Chukwuanyi, says the state of corruption in the country calls for the replication of the Ghanaian experience under former President Jerry Rawlings in Nigeria. Rawlings,  known for his no-nonsense position against corruption, executed Ghana’s past… Read Full Story
Nigeria Records 438 COVID-19 Cases, Total Now 39,977
Nigeria’s tally of confirmed COVID-19 cases on Saturday rose to 39,977 as 438 new infections were announced by the Nigeria Centre for Disease Control (NCDC)… Read Full Story
Resign, Nigeria is a failed state under you, Middle Belt, others tell Buhari
DISTURBED by the unabated killings in the Southern Kaduna and other parts of the country, the Middle Belt Forum  (MBF) has called on President Muhammadu Buhari to resign or be ready to secure the lives and properties of the citizens… Read Full Story youths
Reintegrating ex-terrorists wrong —Adebanjo, M/belt, others
NOTABLE Nigerians, including the leader of Yoruba socio-cultural organisation, Afenifer, Chief Ayo Adebanjo, on Saturday,  played the Federal Government over the reintegration of 601 repentant Boko Haram terrorists at the weekend… Read Full Story