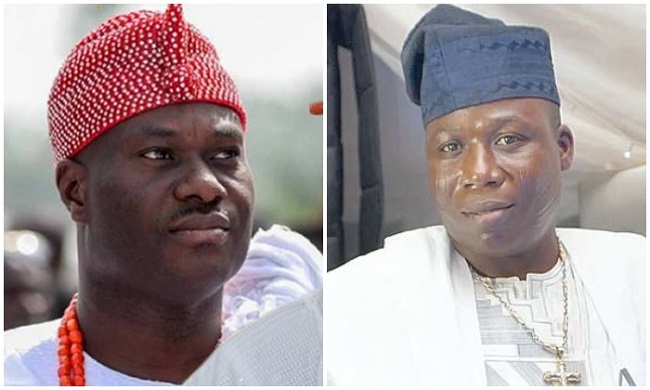 Ooni of Ife, Oba Adeyeye Ogunwusi has warned Yoruba rights activist, Sunday Adeyemo, aka Sunday Igboho has done well for standing up against the killer Fulani herdsmen but should not take laws into his hands.

Ooni, who said this while speaking recently in an interview on Arise TV, admonished him to be very careful not to allow politicians hijack the drive from him.

He added that Igboho should allow the necessary persons in-charge of the security issue in each state to address it the way it should be done.

“Let us be very objective. He (Igboho) has done well and we have already praised him but he shouldn’t take laws into his hands.

“He is a mouthpiece for the downtrodden. He came up and everybody is listening now but my advice to him as a traditional ruler is that he needs to be very careful so that the politicians won’t hijack the whole motive from him.

“We have the governor (Makinde) there, he is the chief security officer of the state and Mr President has invited him. Let the right people that are being authorised to do what is right do it.

“He (Igboho) has done well and the world has heard him but everything should be done in moderation.

“We know that the bandits are everywhere. He should not take laws into his hands. We have laws in this country and we should follow it. Let the right people chosen do and follow what they are supposed to do,” he said.

Meanwhile, Ogunwusi acknowledged the prevalence of banditry in the country while charging traditional rulers to be neutral as they have been doing in trying to complement the roles of the government.

Ooni noted that traditional rulers should be respected but should not criticise the government as they are not politicians, adding that they should accommodate everyone regardless of any affiliations.

“Traditional rulers have a role to play. We should be very neutral and so far so good, we have been trying to be neutral. Whatever this government is doing, we always stand up to try and see how to support them.

“It is not as if we will now go out to criticise them. We are not politicians, we are traditional rulers; we should be respected, we should be neutral and we should accommodate all and sundry,” he noted.