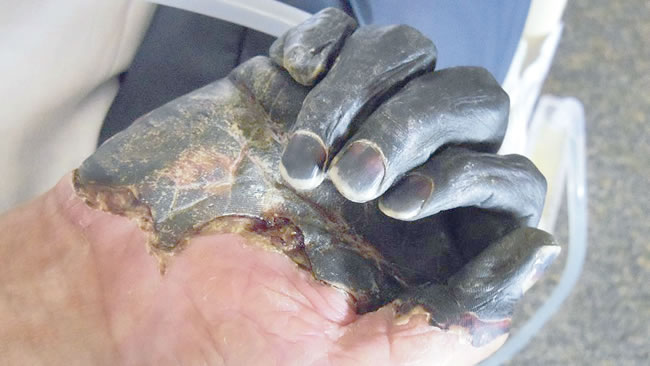 Bubonic plague, caused by bacteria and transmitted through flea bites and infected animals, is one of the deadliest bacterial infections in human history. In this report by SADE OGUNTOLA, experts review possibilities of bubonic plaque re-curring in Nigeria and how best an individual can get protected from it.

The World Health Organisation (WHO) said on Tuesday that it was monitoring a case of bubonic plague in China after being notified by the authorities in Beijing.

A herdsman in China’s northern Inner Mongolia region was confirmed at the weekend to have the bubonic plague. Two other cases were confirmed in Khovd province in neighbouring Mongolia penultimate week involving brothers who had eaten marmot meat.

Members of the public have been urged to “report any findings of killed or dead marmots and other animals and report suspected plague cases, high fever patients with unknown reasons and patients dying from sudden deaths.”

The health commission in the Chinese city also warned residents in the area to prevent people-to-people infection by desisting from hunting and killing animals that could cause plague infections.

According to health experts, a person infected with bubonic plague will experience the following symptoms: swollen lymph nodes, which can be as large as chicken eggs, in the groin, armpit, or neck. Others include fever, chills, headache, fatigue, and muscle aches. If left untreated, the disease has a 30 to 60 per cent fatality rate.

If the bacterium enters the bloodstream, it can cause a condition called septicaemia or sepsis, which can lead to tissue damage, organ failure and death.

Plague, caused by bacteria, Yersinia pestis, and transmitted through flea bites and infected animals, is one of the deadliest bacterial infections in human history. During the Black Death in the 14th century, it killed an estimated 50 million people across Africa, Asia and Europe.

There have been a handful of large outbreaks since. It killed about a fifth of London’s population during the Great Plague of 1665, while more than 12 million died in outbreaks during the 19th Century in China and India.

Historically, it has also been called the Black Death, in reference to the gangrenous blackening and death of body parts, such as the fingers and toes, which can happen with the illness.

“Although bubonic plague has been with us and is always with us, for centuries,” Dr Adetola Fayemiwo, a consultant medical microbiologist, University College Hospital (UCH), Ibadan, said, “the plague is rare but typically found in selected geographical areas across the globe where it is still endemic.”

Madagascar saw more than 300 cases during an outbreak in 2017. However, a study in the medical journal, The Lancet, found less than 30 people died.

In May last year, two people in the country of Mongolia died from the plague, which they contracted after eating the raw meat of a marmot – the same type of rodent the second suspected case came in contact with.

Fayemiwo, an infectious-disease specialist, declared that bubonic plague is its most common form and is transmitted between animals and humans through the bite of infected fleas, direct contact with infected small animals and from human to human through inhalation of infected respiratory droplets.

Indeed, scientists have warned that rat-borne diseases are on the rise. Researchers equally warned that infectious diseases carried by rats might be a human health time bomb. Several studies have shown that rats are carriers and reservoirs of most deadly viral infections including Lassa fever, typhus, monkey pox, plague, typhoid fever, cowpox and hepatitis E.

Dr Fayemimo stated that although sporadic cases of plague have been reported in China over the last decade, this highly infectious and often fatal disease is only re-emerging.

Dr Fayemiwo said that it was unfortunate that such a disease was again coming out of China.

“One can tend to ask what is really happening and why the problem again is coming from China. But we need to do at this point in time like during Ebola and recently coronavirus, is to maintain good hand hygiene to avoid these infections,” he said.

Executive Secretary, Nigerian Academy of Science and past chairman, Association of Public Health Physicians of Nigeria (Lagos), Dr Doyin Odubanjo, however, said due to globalisation, human transfer of the bacterial infection to Nigeria is highly possible.

Dr Odunbanjo said like COVID-19, if it is not curtailed at its source, it can easily become a global health challenge.

“With proper travel advisory, we would have been able to curtail COVID-19 in China. Maybe the world would have joined China to contain it in Wuhan if WHO had given an appropriate warning on time.

“I am sure even China knows that they cannot afford something else coming out of there to the world right now; in fact maybe ever again.” he added.

Professor Tanimola Akande, a public health expert at the University of Ilorin, said the re-emergence of bubonic plague, which is one of plague’s three forms, could be linked to man’s disturbance of the ecosystem.

He declared: “We are getting too close to animals; we are moving them from where they stay. Some people even consume them when inappropriately cooked. Today, people indulge in behaviours that are bringing back these diseases.”

Akande added that the human transfer of the bacterial infection to Nigeria is highly possible because of air travel.

“We must worry about it; it affected Lagos in the olden days. So we need to get prepared even before it comes. Safety measures, such as surveillance at the point of entry, must be put in place before it becomes a major public health problem,” he warned.

“In those days people use penicillin and ampicillin for the treatment of different infections. But, if you are using them now, you are wasting your time; it is just like drinking powder,” he added.

The don declared that for Nigeria to win emerging (such as Ebola and COVID-19) and re-emerging diseases (Lassa fever, whooping cough and bubonic plaque), it must focus more on health through increased research, funding and human resource for health.

Dr Danielle Buttke, an epidemiologist at the US National Park Service, said the existence of animal reservoir like Black-footed ferrets, Prairie dogs and the Canada lynx for bubonic plague makes the plague hard, if not impossible, to eradicate.

He expressed optimism that bubonic plaque may not get to Nigeria but assured that in case the infectious disease comes, the isolation centres dotted across the country will be able to support victims’ care.

According to him, “I hope we will not get there. It is abroad yes, just as Ebola is still in the Democratic Republic of Congo. But everything is about infection prevention. If people actually utilise the advisory that we have sent out, including making regular hand washing a norm, it will reduce the transmission of these infectious diseases in our environment.”

World Health Organisation spokeswoman Margaret Harris at a virtual briefing on Tuesday said WHO was working in partnership with the Chinese and Mongolian authorities on the disease.

“We are looking at the case numbers in China. It’s being well managed. At the moment, we are not considering it high-risk but we’re watching it, monitoring it carefully,” she said.