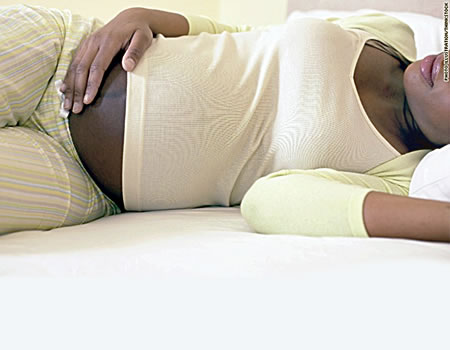 Following an increasing incidence of pregnancy-induced or gestational diabetes in Nigeria and other developing countries, experts, in a study, have urged health professionals to help ensure pregnant women’s poor knowledge of diabetes and preventive measures are corrected.

A self-administered questionnaire was used to collect data on participants’ knowledge of diabetes and their perception of the risk of developing diabetes.

The study on the perception of risk and prevention of gestational diabetes mellitus among pregnant women in Ibadan was published in the 2020 African Journal of Midwifery and Women’s Health.

From the study, 56 per cent of the pregnant women had poor knowledge of pregnancy-induced diabetes, because of their low knowledge about diabetes and another 55.5 per cent thought they had a low risk of developing this type of diabetes.

In addition, 59.9 per cent of these pregnant women had poor knowledge of preventive measures against pregnancy-induced diabetes although there is a significant association between knowledge of gestational diabetes and the perception of increased risk.

The level of education of participants was identified as the most significant predictor of knowledge regarding risk factors, complications and the prevention of diabetes.

They declared that the knowledge of the risks and timely screening of mothers could be beneficial in reducing the complications seen in diabetes in pregnancy as well as encourage a healthier lifestyle, including a healthy diet and adequate physical activity.

The researchers stated: “Inadequate knowledge of gestational diabetes among pregnant women has an effect on maternal health as well as neonatal health. Hence, health professionals should improve efforts to educate the public on predisposing factors, risk and health preventive measure against diabetes in pregnancy.

“Also, diabetes care standards and guidelines that are used to guide patient healthcare teams in recommending management strategies for gestational diabetes should be made available and affordable to pregnant women. This will help to improve women’s knowledge about preventive measures against diabetes.”