What leaders should not delegate 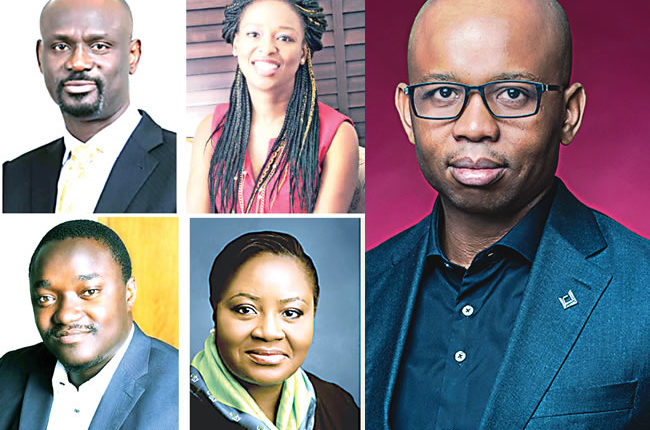 According to Theodore Roosevelt, 26th American president, the best executive is one who has sense enough to pick good people to do what he wants done, and self-restraint enough to keep from meddling with them while they do it. In essence, an effective executive must be very good at delegating functions. Without doubt, a leader can hardly achieve his objectives without effective delegation. Given the limitation of every human being, no leader can really attain all he sets out to accomplish all by himself; every leader needs to work with people to achieve greatness. Therefore, delegation is critical to a leader’s success. The extent to which a leader succeeds is often the extent to which he can delegate functions to others.

Delegating functions is important because it frees the leader up to tackle the core aspects of his work. By delegating parts of his functions to others, he is able to focus on those activities that shape the organization. A leader who fails to delegate gets bogged down by routine tasks which consequently slow down the progress of his organization.

Learning to delegate also saves the leader from undue stress. By lightening his workload through delegation, a leader frees himself from avoidable burdens. He does not have to be weighed down by the nitty-gritty of what others can effectively handle; what he gets to know is the action to be taken and the outcomes of the action.

But apart from coming handy in the actualization of a leader’s vision and enabling him to increase his output, delegating is also good for the leader’s mentees. One veritable means of building capacity and growing competence of others is by delegating functions to them. A leader who does not delegate activities to his people wittingly or unwittingly denies them the chance for growth because it is practice that makes perfect. Without the opportunity to practise, there will be little chance of achieving competence. In addition to that, by delegating functions to others, a leader also develops their confidence. Being assigned responsibilities by the leader boosts the confidence of the mentees because it is a pointer to the leader’s confidence in their ability.

One thing about delegating functions

Delegating a function does not take the responsibility for that function away from the principal. Anyone to whom a function is delegated is an aide and is not responsible for what becomes of that function. In other words, the success or failure of the function is that of the one who delegated it. Therefore, it is only a function that can be delegated, not the responsibility. Consequently, delegating a function should never be considered an alibi; the principal should always remember that the onus is always on him to deliver on the agreed terms. Hence, when a function is delegated, the principal should ensure that he gets regular reports on how it is being executed so that he does not end up on the wrong road when it will be too late to do anything about it.

But it is not every task that a leader should delegate.

As critical and fundamental as delegation is to leadership, it is not every function that can be delegated. Knowing this as well as what to or what not to delegate is very vital to how a leader performs in office. Here are some functions a leader should never contemplate delegating.

However, when the leader casts the vision, it becomes the mission of others; what the leader sees determines what his people do.

A leader should refrain from delegating his core responsibility to others. While every leader has an array of responsibilities, there are a few of them, three or four, which are essential to his success in office. These are the ones that would be used to assess his performance. These are also functions that determine the course of the organization and the prospect of its sustainability. So, every leader who is determined not to make a shipwreck of his leadership never gives anyone total control over these critical functions. To do so is to set oneself up for opprobrium which will most likely follow failure in that respect.

Even when the leader feels he lacks adequate capacity in these critical areas, it is foolhardy to submit the control of such areas to somebody else. Rather than do that, the leader should brace up for rigorous learning to guard against being taken for a ride by those to whom such critical functions are delegated because the best of men are still opportunistic. Not many people can resist the temptation to take advantage of a leader’s ignorance while pretending to help him.

Truth is very few people assume office fully ready for the task, most people learn on the job. It is for this reason that it is said that learners are leaders. In leadership, learning is an unending exercise. So, delegation should not be out of a sense of inadequacy but of necessity. If a leader recognizes his inadequacy in an area that is critical to his success in office, the best thing to do is to learn, not abdicate responsibility. Abdicating responsibility is irresponsibility.

The most important functions of any Nigerian president are securing lives and property of the citizens as well as managing the economy. The importance of these two functions derives from their centrality to the wellbeing of the citizenry. Security is critical because without it progress would be retarded. A poorly-managed economy would result in a largely poor population. However, these critical functions of the nation’s first citizen were outsourced by President Goodluck Jonathan to others. He ceded the management of the economy to Dr. Ngozi Okonjo-Iweala, who was appointed Coordinating Minister of the Economy. He gave the job of securing the nation to Colonel Sambo Dasuki (retired), his National Security Adviser. These people had absolute power in the areas the president had ceded to them.

While it is true that the former president needed people to help him accomplish his vision, surrendering his authority to his aides was his faux pas. Dr Jonathan’s style of ceding absolute control to his aides in areas that are very critical to the nation’s wellbeing did him in; those he gave the functions pursued their own agenda, ran their own show and wrongly deployed resources. The effect is the tarring of Jonathan’s administration as probably the most corrupt in the history of the nation.

No serious-minded leader delegates his core functions to others.

Very often, leaders are held hostage by those who surround them or those they surround themselves with. They are shielded from the reality by their aides who only tell them what they think they want to hear. So, many leaders have pictures of happenings in their organizations that are completely at variance with what really obtains. As a result of this, they make wrong moves and take wrong steps. By the time they get to know what is really happening, things are so bad that it is almost impossible to redress them.

When there is a crisis that affects the generality of an organization or nation, everybody looks up to the leader. This is because a time of crisis is a time of confusion and the only person expected to douse the tension, reassure the people and show the way out of the confusion is the one that has the final say. Therefore, the leader is supposed to be at the centre of proffering solutions to the crisis. If the leader opts to delegate the crisis management to one of his lieutenants, the crisis will most likely linger because the people would believe that the leader is shirking his responsibility. For as long as that belief holds sway, resolving the crisis would be herculean because the people would see whatever the one delegated to manage the crisis does as a mere placebo, not the real solution needed for the crisis resolution.

A leader who knows the difference between tasks that can be delegated and those that cannot increases the possibility of actualization of corporate goals.