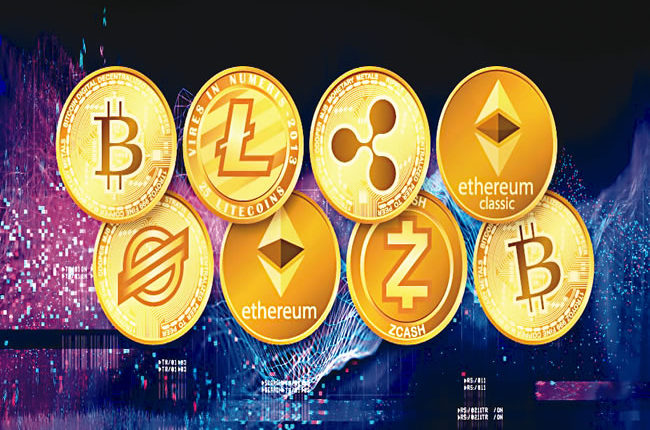 ON Friday, February 6, the Central Bank of Nigeria (CBN) rocked the boat with a circular that inadvertently highlighted how popular cryptocurrency transactions have become among Nigerians in recent years, judging by the widespread reactions it generated.

What is the reason for such in cryptocurrency among the most populous black nation on earth?

The CBN had also on February 28, 2018 issued a press release referring to the January 12, 2017 circular telling the public that “virtual currencies are not legal tender in Nigeria.”

The release reads: “Further to the circular issued by the Central Bank of Nigeria (CBN) on January 12, 2017, to Banks and other financial institutions on virtual currency operations in Nigeria, the Bank wishes to reiterate that cryptocurrencies such as Bitcoin, Ripples, Monero, Litecoin, Dogecoin, Onecoin, etc and Exchanges such as NairaEx are not licensed or regulated by the CBN. For the avoidance of doubt, dealers and investors in any kind of crypto currency in Nigeria are not protected by law.

“Virtual currencies are traded in exchange platforms that are unregulated, all over the world. Consumers may therefore lose their money without any legal redress in the event these exchangers collapse or close business. Members of the public are hereby warned that virtual currencies are not legal tender in Nigeria.”

Nigeria’s central bank is in the same league with the Central Banks of major economies of the world that have not legalisedcryptocurrency.

Not done with the February 5 circular, CBN over the weekend said that Nigerians must be more cautious about cryptocurrencies because according to them it was an immediate reaction to the hijack of a commercial bank’s data and demand for a ransom payment in bitcoin.

In a report by Nigerian Tribune, a source claimed CBN was not against the use of cryptocurrencies and had not banned any individual from using it.

Investopedia defines cryptocurrency as “a digital or virtual currency that is secured by cryptography, which makes it nearly impossible to counterfeit or double-spend. Many cryptocurrencies are decentralised networks based on blockchain technology—a distributed ledger enforced by a disparate network of computers.”

Bitcoin, first released as open-source software in 2009, is the first decentralised cryptocurrency, according to Wikipedia. It was designed presumably pseudonymous developer Satoshi Nakamoto. Nobody has been able to identify who really is Nakamoto.

Nigeria ranks number eight among the top 10 countries by Chainalysis’ 2020 Global Crypto Adoption Index. Kenya is the highest in Africa at number five and Ukraine, Russia and Venezuela are the top three.

Understanding the craze among young Nigerians

MarvelousImienfan is a young man in his twenties and has been trading cryptocurrency since his first year as an undergraduate seven years ago. He runs M Global Exchange.

He explained to Nigerian Tribune four reasons why young people are passionate about cryptocurrencies.

He said that “not every young person is interested in cryptocurrency.

For those into crypto currency, he said they do it first because “it is like easy money.”

“Two,” he said, “Young people do it because it is recorded in dollars. Dollars to the average Nigerian is like the highest currency even though there are higher ones like the Kuwaiti dinar.

“Three, it is decentralised that is it is not controlled by anybody. So I can send cryptocurrency to anyone in the world. I determine what happens not banks that bring in their charges or restrictions.

“Four, we (young people) like anything new. If they bring something newer than bitcoin, we may abandon bitcoin and move towards that. The world is moving and young people are moving with it.”

Not for the young alone

Bukola Olatunji is a middle aged woman and an ardent cryptocurrency trader under the tradenameFamerc Digital World. She said that from her observation there is a section of the older generation that are now paying attention to online and digital platforms. “People want to know what they can gain from this innovation. When cryptocurrency came, few people started with it. Others thought it was a scam. There were the watchers and those making things happen.

“Bitcoin is the first cryptocurrency. Now there are about 7,000 others.

“Some people started bitcoin when it was $0.10 then. Many people did not believe it then because it was cheap and ridiculous. Some bought it in abundance. Now, those people that bought it are very wealthy.

“Others that have used their lives to serve government and the private sector will end up queuing to receive pension.

“So people have looked and said let my money work for me. Everybody wants something that can better their finance.

“Over time people have come to see that those who went into it are making. So they began to ask to find out about cryptocurrency. This is what has attracted more people into it.”

“If you keep your money in the bank, fine! It is safe. But at the end banks will use your money and give you stipend as interest.” But with bitcoin, she explained, the money grows. She said investing in bitcoin “is denying yourself today to enjoy tomorrow.”

She added that the prevalence of the internet was another factor that has opened the eyes of people to new knowledge that can better their lives and investing in cryptocurrency was part of it.

Elon Musk became the richest man in the world in January 2021. This feat brought a lot of attention to a man who was only popular before now because of his revolutionary electric cars called Tesla.

However, since he attained his new status as the world’s wealthiest man, his tweet has influenced markets literally.

He tweeted about Dogecoin, a cryptocurrency on February 6 saying “Dogecoin is the people’s crypto.”  He tweeted “Dogecoin” two days earlier.

As of the time of this report (February 6), the Tesla founder is running a poll on “The future currency of Earth”. Options are “Dogecoin to the Moooonn” and “All other crypto combined.” It has gathered 2.4 million votes so far. This tweet alone has sent the value of Dogecoin up by 35 per cent. It later dropped to 25 per cent.

On the day (January 29) he changed his bio to read “Bitcoin” the cryptocurrency surged 20 per cent.

“I do at this point think bitcoin is a good thing, and I am a supporter of bitcoin,” Musk said in a recent chat about cryptocurrencies on a social media app called Club House recently.

“Many friends of mine have tried to convince me to get involved in bitcoin for a long time.”

Musk added that “I think bitcoin is really on the verge of getting broad acceptance by conventional finance people.”

Beyond transition, what Nigerians should expect from new NNPCL

At BAT, sustainability is priority — Director

We will invest in agric to achieve industrialisation —Ashiru, Odu’a chair

Fall in NIBOR anticipated on maturing N20bn worth of OMO bills