‘We are tired of marginalisation’ 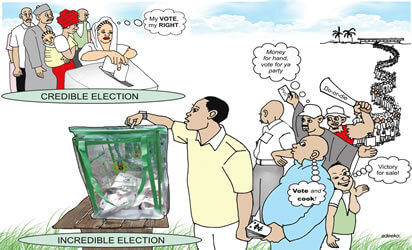 People of the northern senatorial district of Kwara State have said that they will only follow political party that fields an indigene of the area as governorship candidate in the next general election.

In a communiqué signed by stakeholders from the zone, under the aegis of the Kwara North Forum, the people urged every indigene of the area to key into this sole objective, noting the fact that ‘power is never served a-la-carte’

The group also enjoined the people to rise up to the challenge and do everything possible and legal to clinch the governorship seat of the state in 2023.

The zone also stressed the need to correct what they described as imbalance and lopsidedness against the zone with immediate effect.

The stakeholders also discussed other matters affecting its political and economic emancipation, noting that the people of the zone remain aggrieved regarding the  appointment of the current cice chancellor of Kwara State University (KWASU).

The zone alleged that the recent appointment of the Registrar and Chief Executive Officer of International Vocational, Technical and Entrepreneurship Centre (IVTEC), Ajasse-Ipo, was unethical, compromised and therefore unacceptable as the candidate who came last (fourth position) in the interview process was appointed.

The communiqué reads: “Kwara North shall continue to interact and collaborate with well-meaning groups and people of the other two senatorial zones of the state regarding the 2023 governorship seat of the state.

“The 2021 budget of Kwara State is not only arithmetically  unbalanced but also politically unfair to the Kwara North senatorial zone and should therefore be reviewed to correct  the imbalance and lopsidedness against zone with immediate effect.

“The process that cumulated into the approval by the Kwara State House of Assembly for the N35 billion  bond is fraught with irregularities, self-serving and did not meet with the regulatory requirements of raising such bonds as required by the Debt Management Office of Nigeria. The bond should therefore be discountenanced with to save state from future financial burden that shall lead to its bankruptcy and other financial  embarrassments.