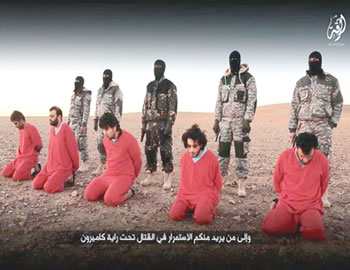 Military setbacks in Iraq and Syria are having little impact on the Islamic State terror group’s ability to gain ground in cyberspace, where it has dramatically advanced both the quality and volume of its messaging, according to top law enforcement and diplomatic officials.

VOA stated that the officials, charged with beating back Islamic State’s online recruiting efforts, on Wednesday told members of the Senate Homeland Security and Governmental Affairs’ Permanent Subcommittee on Investigations that turning the tide was proving as difficult as ever, with IS operatives aggressively employing the latest technologies.

“No matter the format, the message of radicalisation spreads faster than we imagined just a few years ago,” said Michael Steinbach, FBI executive assistant director. “We may see a more dangerous world in the short term.”

Of greatest concern to United States officials are home grown violent extremists, people who are ready to consume Islamic State propaganda and then use it as inspiration to carry out attacks.

The FBI is investigating about 1,000 such cases right now but faces difficulties because many of the would-be terrorists are not actively communicating with other sympathisers or operatives.

“The most concerning trend that we’ve seen in the past year when we identify these individuals online is the speed with which they mobilise,” Steinbach said. “That flash-to-bang effect you’ve heard us talk about is going now in days, even weeks, as opposed to months and years.”

Even when IS sympathisers and recruits do communicate, law enforcement officials say the trail quickly goes cold as they shift from social apps such as Facebook to encrypted communication methods.

“I think we’re in a crisis mode,” said Republican Senator Rob Portman of Ohio, the panel’s chairman. “This online messaging is a huge part of the radicalization effort.”

“It is a structure that has become more manifest than the sun,” the narrator says in English, as the scene shifts from a bright sky to that of smiling IS fighters, some watching as young boys laugh and run in IS uniforms.

Other parts of the video show scenes of everyday life, from farming to public works projects, as the narrator touts the health of the self-declared caliphate’s 19 provinces in Iraq and Syria, as well as another 16 around the globe.

Theresa May, Andrea Leadsom battle to be next British PM