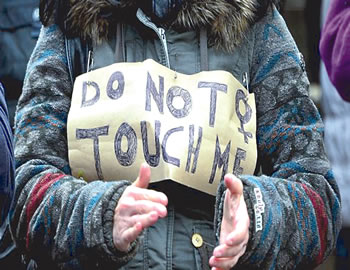 Germany’s parliament has passed a new law defining rape, clarifying that “No means No”, even if a victim did not fight back.

Critics believe Germany has long lagged behind other developed nations when it comes to its rape laws.

The issue was again brought to the fore after a number of sex attacks on women in Cologne on New Year’s Eve.

The vote was passed by a huge majority on Thursday in the Bundestag, where MPs stood and cheered the result, BBC reported.

The new law classifies groping as a sex crime and makes it easier to prosecute assaults committed by large group.

It also makes it easier to deport migrants who commit sex offences.

Under the previous law, defined in Section 177 of the criminal code (in German), victims should have defended themselves for an act to constitute rape. Simply saying “No” was not sufficient to find the defendant guilty, and there was no attempt to define what constituted consent.