Tiger thrills Nigerians with something new 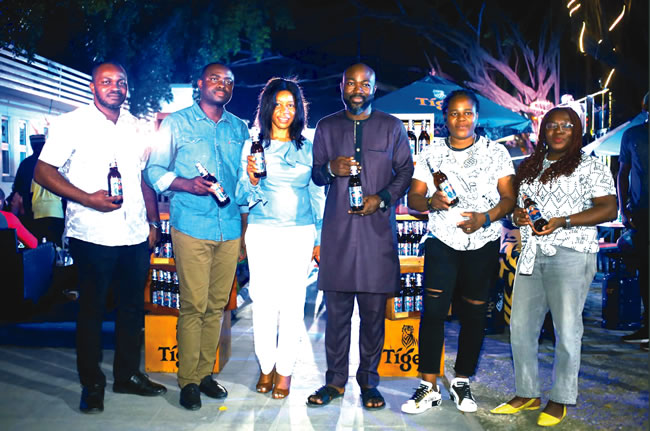 As part of efforts aimed at cushioning the onslaught of COVID-19 on businesses and also to light up the atmosphere of bars across the country, popular beer brand, Tiger Beer has launched its first Tiger Den in Lagos.

The project, according to the brand, will see more remodeling and renovation of several bars across Nigeria in an attempt to strengthen the brand’s relationship with outlets.

The grand opening of the first Tiger Den, located at Price Pointe, Ilupeju, Lagos was held recently and created a partnership that hoped to bring the tiger brand experience closer to consumers.

Speaking about the new development, the national trade marketing manager for Nigerian Breweries, Funso Ayeni, said that Tiger Den was specially branded to provide consumers with better ambience and a more enjoyable bar experience while giving beer-lovers the opportunity to enjoy their favourite Tiger Beer and other Nigerian Breweries brands.

The senior category & channel manager-premium, Nigerian Breweries Plc, Chris Ibeh also added: “We will have more partnerships before the end of the year, creating more of these experiences for more consumers across several parts of the country.”