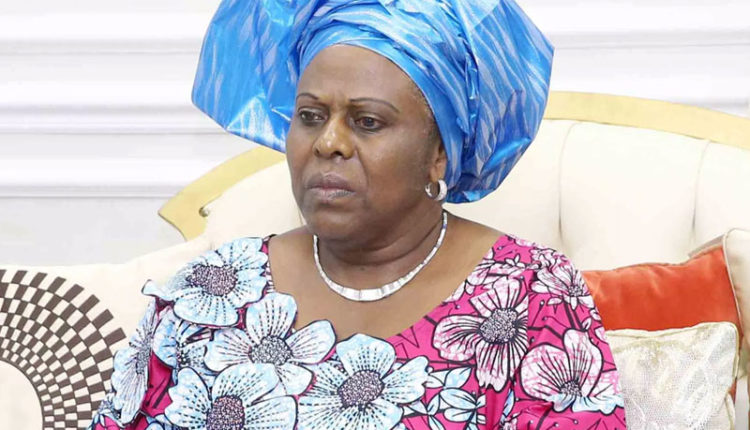 Awolowo Dosumu was one of the panelists who spoke on the theme: “Understanding Contemporary Nigeria- What Unites Us,” organised by the Political Leadership Academy (POLA) of former governor of Ogun State, Chief Gbenga Daniel, as part of the POLA’s National Dialogue Series.

She noted that building a stable community of people in a democratic setting is fast receding in the country due to lack of patriotism and honesty on the part of the leaders for a greater and virile nation.

Awolowo Dosumu noted that Nigeria can still return to the golden age where Meritocracy, Pragmatism and Honesty (MPH) were the core values of the nation’s founding fathers.

She advocated meritocracy in place of federal character, insisting that good governance is one of the way forward for the country.

The former diplomat lamented that corruption, ethnicity, nepotism are the cog in the wheel of the nation’s progress,hence the need for Nigerians to elect leaders who have the interest of the country at heart.

She said, “Any nation requires a consensus about where they want to go. Without a consensus, then we can’t even begin. In the First Republic, our founding fathers do have a consensus of sort. They were united on their zeal to serve the people and when occasions arouse they forged a common front in order to serve their people better.

“The most important is that, they hard a consensus on the kind of structure of governance that was suitable for a multiethnic, multicultural country like Nigeria. It was a consensus that federalism was the best.

“But somehow along the road we have lost our way and that is what I believe we should be interrogating now. What do we need to do?

“We need to have a consensus about what kind of leaders do we need in this country? What kind of governance do we need?

“The best kind of governance is the one that stresses the responsibilities of the ruler to the subject. The aim of a good government is the welfare of the entire people under its jurisdiction.

“The duty of a good government is clear. It is not opened to government to prefer the members of its own hierarchy in provision of amenities. We need to agree on the kind of government we want.”

The guest speaker, Dr. Abdul Jhali Tafawa Balewa, speaking on the topic: “What Unites Us,” said the country’s leaders must examine the areas where the Nigeria is not doing well and correct the anomalies.

The former presidential aspirant noted that the country is blessed with intellectuals who are ready to play vital role in the development of Nigeria.

Daniel, who is the Chancellor of POLA, in his remarks submitted that the issue of unity of Nigeria, remained the collective responsibility of all.

The former governor explained that the whole focus of the Academy was to encourage the younger elements on why they should be actively involved in the nation’s political process.

He said, “The youths seem to be contented with entertainment and all sorts of mundane things. When you look at the demographic of Nigeria, you will find out that the young elements have the population and if you have the population, what is wrong with you?

“I think the focus now should be on the young elements. Youths need to be very active, proactive and get involved in the political process.”