The mint and the other room 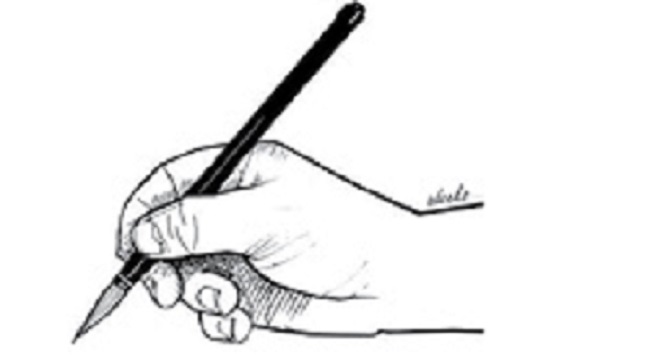 Your Pre-Eminence, the Most High, the Highest of the Highest, the Emperor of Emperors, the father, grandfather and great grandfather of the empire, Your Excellency, Salutations Sir! I lay flat on my belly as I most humbly and unworthily write this Memo to your Pre-eminence sir. I beg you in the name of God in Heaven who is your partner and friend. I recognize you as the god on earth and I am sure the God in Heaven with whom you share space on earth will let you consider my request sir, knowing fully well that I am trembling as I write this Memo. The entire people of my clan are forever grateful to your Pre-Eminence for giving me the rare opportunity to serve you sir, and serve your interests as the figure-head Chairman-Servant of the Chancery. I shall worship you forever sir for entrusting all the slush funds of your empire in my compound to look after on your behalf sir. Please allow me sir, the Emperor of emperors, to say the reason I summon little courage to write your Excellency sir. I know that my father’s father would not dare to write a letter to your Excellency sir. But please indulge me sir. I am flat on my belly sir. If you see me sir you would think I am a lizard or wall gecko.

The reason I am writing this Memo sir is to draw your attention to what is going on with the Bank sir. I know all those surrounding Your Excellency are cowards and they will not tell you the truth about the state of your Empire’s finances. They keep flooding my office, sorry sir, the office you instructed me to hold in trust for your Pre-eminence, with letters of demand. Just this week alone sir, they have commanded me in your name sir, to send 50 billion Dallas to Burkina Faso, 23 billion Dallas to Sudan, 90 billion Dallas to the President of Frenchville and 8 billion Dallas to Mali. I am not sure sir, if they tell you sir that they routinely virtually force me sir to send 10 billion Dallas every month to both Niger and Chad as well as the Widows of your grandfather in Wadai. The Budget Office ordered me to release 40 billion Naras to feed children in empty classrooms sir. The same Budget Office ordered me to release 2 billion Naras to purchase a stockpile of tooth-picks for the personal use of the Emperor Sir. And forgive me sir for complaining that the Secretary of your Government collected 16 billion Naras to cut grass. Yes sir, we have a rat in my village called grass-cutter sir.

Your Pre-eminence sir, the father and mother of the Empire sir, I don’t know what to do now sir. The treasury is almost empty sir. I am not sure sir if they let you know that we are owing lots of debts which our great-grandchildren and their own great-grandchildren can never repay sir.

I dare not give an opinion sir or make any suggestions sir.

May God in heaven, your good friend and companion keep you, our god on earth in good stead.

Lying flat on my belly,

I remain, your Excellency’s most loyal Serf and Subservient Serving-Servant.

Upon receipt of the Memo, the Emperor summoned his Chief of Staff and demanded immediate response. The Chief of Staff who was slightly a shade higher or better than the genuflecting Chairman-Servant asked that he was given an hour to draft a reply upon which he wrote the following:

His Pre-Eminence, the Emperor of Emperors, received your Memo which was considered rude, intrusive, suggestive, abusive and irresponsible. Why should you be divulging how much money the Emperor of Emperors is sending to his cousins or partners or his kith and kin? Is it your father’s money? Never again in your life should you ever contemplate writing a Memo to His Pre-eminence. What gave you the audacity? What gave you the courage? What drugs did you feed on before you wrote that Memo? Are you aware of the Security implications of the Memo? Did you consider the diplomatic implications? Did you consider the international dimensions? Who are you? Who are the people you are working for? Now that your belly is full and over-stretched you want to collude with politicians to set the Empire ablaze?

Let me warn you: if you leak the contents of these Memos to the Press, I am sure you know what would happen to you and members of your family. Even if you choose to run away from the Empire, our borders are secured against trouble makers like you. We also have the Interpol. We shall Kenya you. We shall Benin you! Concerning the wishy-washy content of your Memo, we shall take all steps necessary to make sure that you will never know how much money comes in to the Empire or how much money goes out.

His Emperor’s Chief of Staff.

Back to the Emperor

The Chief of Staff returned to Emperor about two hours later and prostrated flat at the feet of the Emperor of Emperors.

“I have written a draft sir, Your Excellency, our father.”

“What do you want me to do with it?” His Excellency queried.

“Just to let you know sir. We know you don’t like reading”.

“Just your command sir. Just tell us what to do sir”

“What is the stupid boy talking about?”

“He says you are sending too much money to your cousins and grandfather’s widows, Your Excellency”

“I am sorry to say, Your Excellency, the boy has joined the weed-chewing and cocaine-sniffing politicians sir”

“Is it not paper money the boy is complaining about?”

“No problem. Get the best and newest printing machines in the world and assemble them in the other room right here in the palace. Understood?”

“That boy can no longer be trusted.”

“Did you say I too cannot be trusted? You said ‘exactly’?” the Emperor was confused.

“No sir, Your Pre-Eminence. My father’s father dare not say so sir.”

“All our Currencies, dedicated documents, passports, voters’ cards, birth certificates, Citizenship documents, everything, everything, and you know what I mean, everything to be printed in-house here under my direct watch. We shall do whatever we need to do. This is my Empire inherited from my ancestors.” The Emperor blurted.

“You are correct sir”. The Chief of Staff grinned and sheepishly dragged his feet out of the Emperor’s lavish living room.

New Qualifications for the position of a Monarch include, but not limited to, [a] Hemp smoking and Cocaine sniffing, [b] Discharge certificate from prison [c] Record of humongous theft of public funds especially from Customs and other Government Agencies, [d] Expertise in thuggery and street brawl.

Between an elephant and a whale, which is bigger?

Who out of those on this list is the most dangerous?