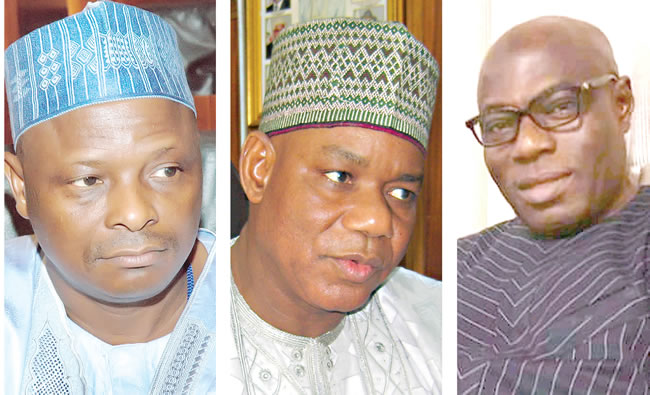 Taofeek Lawal, in this piece, writes on the chances of New Nigeria Peoples Party (NNPP) in the forthcoming 2023 elections and the zones it is likely to make inroads especially in the northern part of the country.

Ahead of the 2023 general election, the New Nigeria Peoples Party (NNPP) is among the most mentioned parties. Though founded by Chief Boniface Aniebonam since 2001, the NNPP, more than any other electoral cycle, is showing a great intent to claim some political positions in the 2023 general election. Its merger with the National Movement (TNM), led by a former Kano State governor, Senator Rabiu Musa Kwankwaso on March 1, 2022, seems be a major turning point in the race towards the next election. Kwankwaso brought upon the party members the famous red Kwankwasiyya cap. Buoyed by the merger, national chairman of the party, Professor Rufai Alkali Ahmed, said the NNPP has transformed, changed the dynamics, the calculations and the popular assumption that there is no alternative to the Peoples Democratic Party (PDP) and the All Progressives Congress (APC).

The national chairman of the party, Ahmed recently said with the NNPP, Nigerians had been offered an opportunity to leave the grip of the APC and PDP whom, he accused of plunging Nigeria into its present economic downturn and doldrums. He boasted that NNPP is the party to beat, adding that the NNPP is much concerned about how to unite Nigerians and most importantly restore sanity to the polity.

He said: “The New Nigeria Peoples Party has come at the correct time and we have a very clear understanding of the problem before us, that at the moment, we don’t know tomorrow. Those that are in charge of the current political parties have abandoned Nigerians and they have abandoned the country. So, in effect that is why we took our time; we didn’t emerge yesterday. We knew that a time like this will come. As a party, our concern is the future of our country, the future of our people and the future of our democracy.”

Meanwhile, some political watchers say the NNPP is an amalgam of aggrieved members of both the PDP, APC and other parties. They are said to be either those members who were denied or lost out on getting the tickets of their parties.

In particular, the APC’s loss has been NNPP’s gain as the NNPP now has three senators in the upper chamber of the National Assembly. The senators who left APC for NNPP are Dauda Jika (Bauchi Central) and Lawal Yahaya Gumau (Bauchi South). Some observers see Kwankwaso as a political heavyweights in Kano politics and the belief in political circles is that he will give incumbent Governor Abdullahi Ganduje and his camp a run for their money in 2023. Among other states, what is obvious is that Kano is the strongest base of the NNPP. While NNPP is expected to have a good showing in Kano, the party’s spread across the other states and geopolitical zones is a subject of political conversations.

The North-West is the largest base of the Kwankwasiyya Movement of Kwankwaso. The NNPP is expected to give the APC and the PDP a good fight in the zone. With Kwankwaso on the ticket, the party is expected to amass votes in Kano, Katsina, Jigawa, Kebbi, Sokoto, Zamfara and Kaduna states. The party will field Abba Kabir Yusuf, Suleiman Hunkunyi, Aminu Ringim and Muhammad Nura Khalil as governorship candidates in Kano, Kaduna, Jigawa and Katsina respectively. These candidates come across as formidable having made their marks in their respective states. Their candidatures are expected to add substantially to the votes of Kwankwaso in the presidential election.

The governorship candidate of the NNPP in Yobe State, Garba Umar, in a recent interview with the Nigerian Tribune, said the party had the followership to upstage the APC government led by Governor Mai Mala Buni Garba, a retired banker, said the APC since coming into power in 2015, had pushed more Nigerians into poverty which he attributed to bad governance. The governorship hopeful said the NNPP is out to engender positive change in the country starting from Yobe.

Garba said: “The APC government is the worst that has ever ruled this country. They don’t know it; they don’t have it; they don’t know how to do it and they cannot do it. Even if you give them one thousand years, they cannot do anyhing good for Nigeria. We have to stop them now and stopping them is what we intend to do and we are not joking about that. We will make sure we effect that change in the forthcoming elections. We will make sure that NNPP becomes the ruling party in Nigeria and in most states. We are sorry for any state that doesn’t go to NNPP in 2023.”

Mohammed Saad Tahir in Adamawa and Ibrahim Yusuf in Bauchi, as governorship candidates, are also popular ones.

Nasarawa State has a large followership of NNPP members. Being of one of the closest states to Abuja, the seat of power, the state will deliver appreciable number of votes for Kwankwaso. The large turnout of members and supporters when Kwankwaso visited Lafia, the state capital to open the party’s secretariat is a pointer to this. The 2023 election in Nasarawa is going to be among the NNPP, APC and the PDP. NNPP governorship candidate, Abdullahi Yakubu Maidoya, will slug it out with the incumbent governor and APC candidate, Abdullahi Sule and David Ombugadu of the PDP. The party is also expected to make an appreciable impact in Plateau, Kwara and Benue states where it will field Alfred Dabwan, Shuaib AbdulRaheem and Professor Ben Angwe as governorship candidates.

The recent outing of the NNPP at the recent governorship elections in Osun and Ekiti was poor and may signal the fact that the party is not well-grounded in the South West. But the national chairman, Alkali disagreed saying the NNPP should not be judged by its outings in Osun and Ekiti polls. According to Alkali, the fact that the party came out to participate in the elections deserves applause.

Alkali said: “If anyone uses Ekiti and Osun as a parametre to measure our future performance, it will be a wrong assumption or analysis. It will be recalled that even before our merger, candidates for Ekiti and Osun were on ground. And as law-abiding citizens, we did not think it was legally right to want to change those results. We cannot abandon those who had faith in us and wanted to be governors when the party was not even popular. There was a time when those parties that felt threatened by our presence started spreading false rumour that we had been deregistered. We decided to go into the elections, even unprepared to prove them wrong and build confidence in those that believe in us and let them see that we are on the ballot. Even if it were one vote we got, we are very proud of the people of Ekiti and Osun.”

The party in Oyo has aggrieved members of the PDP, including Alhaji Bisi Olopoeyan. So, with elections not holding in Ondo, Ekiti and Osun next year, NNPP will test its strength in Lagos, Oyo and Ogun states where Sheriff Oladejo, Kayode Popoola and Olufemi Oguntoyinbo will be governorship candidates in that order.

Among all others, it may be difficult for the NNPP to even have 10 percent of the votes in the two southern zones.  This is because the NNPP is not strong in the two zones. The battle for votes in the areas will be among the PDP, APC and the Labour Party. Several observers note that the NNPP has simply not penetrated the 11 States of the South-South and South-East. Nevertheless, the party has governorship candidates like Ukpai Iro Ukpai in Abia; Goodnews Agbi in Delta; John Akpan Udoedehe in Akwa Ibom; Wilfred Bonse in Cross River and others.

In its 21 years of existence, the NNPP never had the kind of vicissitude it found itself in the last few months. Before now, it had maintained a low profile in all major political cycles, forming alliances at the threshold of national elections. Thus, its presence and relevance always paled into insignificance at post-election periods since it could not succeed in having any of its member occupy elective or appointive offices, unlike even ‘fringe’ parties like the then National Conscience Party (NCP) founded and led by the late lawyer, Chief Gani Fawehinmi,  as well as the Social Democratic Party (SDP) and the Labour Party (LP).

The bourgeoning new status of NNPP in the buildup to the 2023 elections, however suffered what some observers described as a reversal following a shard disagreement between Kwankwaso and other political titan and former governor of the state, Ibrahim Shekarau, currently one of the senators representing Kano State in the National Assembly. A consummated political alliance crumbled, with Shekarau leaving the NNPP for the PDP after he had dumped the APC due to irreconcilable political difference with the sitting state governor.  Both camps traded blames for the collapse of the political marriage, with Shekarau accusing Kwankwaso of reneging on an accord on power sharing.

Indeed supporters of the NNPP will hope for a good showing in the 2023 general election both at the level of the states and federal. However, despite several denials, there still continues to hang over the NNPP the notion that the party, especially its presidential candidate, Kwankwaso, may form an alliance with either the APC or PDP before the general election.

TUESDAY FLAT OUT: Queen Elizabeth II: Lessons From A Monarch