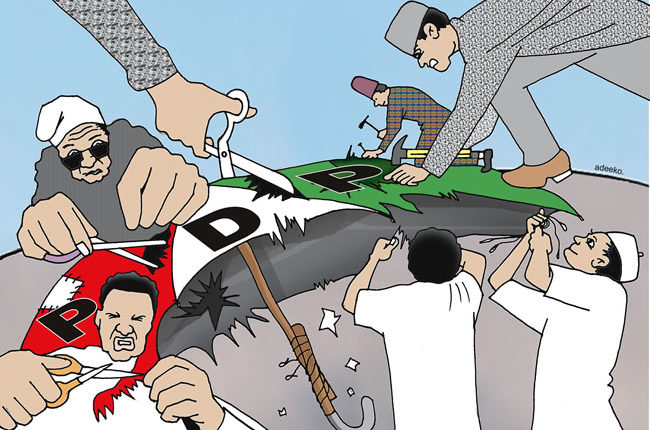 The former Vice President and presidential candidate of the main opposition party, the PDP, for the 2023 general election visited Ibadan on 14th September for an interactive session with the PDP South-West stakeholders. The event took place at the Emeritus Professor Theophilus Ogunlesi Multi-purpose Hall, Ibadan. It had in attendance the big wigs of the South-West PDP, comprising all the six states that make up the zone.  Why was the meeting convened? PDP has not known peace since the presidential primaries of May 28, where Atiku won with 371 votes out of a total of 767 votes. Governor Nyesom Wike of Rivers State came 2nd with 237 votes and Senator Bukola Saraki came a distant third with 70 votes. The PDP constitution upholds rotational presidency but it decided to jettison it on the altar of expediency.  The presidential candidate, Alhaji Abubakar Atiku, set up a committee to search for potential vice presidential candidates. A shortlist of three, namely Governors Nyesom Wike of Rivers State, Ifeanyi Okowa of Delta State and Udom Emmanuel of Akwa Ibom State was presented to him. The rumour mill was that 14 out of the 17-man committee rooted for Wike. However, Atiku chose Okowa. I suppose the candidate has the prerogative to nominate his deputy. He has since stated his reasons for choosing Okowa. This is the first part of the issues.

The second part is the universal notion that the presidential candidate and the party’s chairman cannot come from the same region.  Atiku is from Adamawa State in the North-East while Ayu is from Benue State in the North Central. A formidable group within the party, comprising Governors Makinde, Ortom and lkpeazu, of Oyo, Benue and Abia states respectively, spearheaded by Governor Wike of Rivers State, are insisting Dr. Ayu should resign and the chairmanship of the party should come to the South. They state that it is in the interest of equity, fair play, justice and peace. It will give the South a sense of belonging in the party. Governor Makinde is of the opinion that charity begins from home. PDP should restructure itself now before thinking of restructuring the country when it gets into power. This, he told Atiku . He went further to say the South-West is ready and willing to support him, but Ayu has to resign. The Osun State PDP has since dissociated itself from the statement. It insists that it is solidly behind Dr. Ayu as chairman.

Former VP Atiku’s response was diplomatic and delivered with the calmness of an experienced elder statesman. He explained the demands of the ‘Wike camp’ are possible and achievable but it has to be within the confines of the party’s constitution. He went further to say that PDP as the country’s oldest political party, had a constitution, practices, procedures and rules. Atiku emphasised that it was important for the PDP to give the people what they wanted and that the task before the members was for them to ensure victory for the party at their various local governments and units. He told the stakeholders that it was very possible for the PDP to take over the South-West with the new Electoral Act that had made rigging difficult. “Ballot box snatching and thumb printing is of no relevance again,” he said.

If the chairmanship comes to the South, what will happen to the secretaryship already in the South? This will imply that the BoT chairman, party chairman and party secretary will be domiciled in the South. Is this balancing? How can this political quagmire be resolved? I am of the opinion that sending peace teams to appeal to the aggrieved parties will achieve little success. The principal characters should sit round a table like the family that the PDP is and look each other in the face to trash out the grey areas. London or Aburi will not be acceptable, it should be in Nigeria. Obudu cattle ranch would not be a bad idea. Let us promote Nigeria’s tourism potentials. After all, politics, according to Wikipedia, is the set of activities that are associated with making decisions in groups or other forms of relations among individuals, such as the distribution of resources or status. It is also the act and art of making the impossible possible.  PDP is meant to be one big indivisible and united political family that should be able to solve its problems in house. All hands should be on deck and the party should be focused on the big prize. A hundred per cent of nothing is nothing.

The mint and the other room