Students may cross over to other countries to write WASSCE instead of losing a year, Atiku tells FG 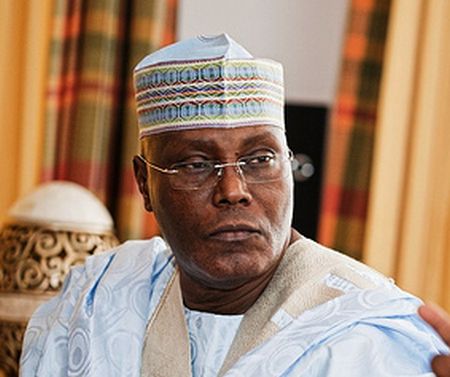 The former vice president said the decision by the government not to allow students to sit for the examinations is not in the interest of the country, adding that rather than losing a year, some students may head for neighbouring countries to wirte the examination.

The Federal Government had on Wednesday, through the Minister of Education, Mallam Adamu Adamu, said that due to the situation in the country, students who are supposed to write the examination will no longer be allowed to do so until the situation improves.

But Alhaji Atiku Abubakar, in a series of tweets on his Twitter handle, said the cancellation was not only against the country’s best interest, but also can put the country aat more risk.

According to him: “As a parent and investor in the education sector, I wish to register that the Nigerian government’s policy of unilaterally cancelling the West African Senior School Certificate Examination, held annually by the West African Examinations Council, is not in Nigeria’s best interest.

“At a time of the global COVID19 pandemic, it is understandable that an abundance of caution be put in place to save lives. However, caution, without consultation, and thoughtful action, may be counterproductive.

“1.5 million Nigerian youths write the West African Senior School Certificate Examination annually. To abruptly cancel this examination is to set back our nation’s youth, and place them behind their contemporaries in other West African countries.

“This is perilous because Foreign Direct Investments and other economic indicators are tied to the educational indexes of nations.

“Already, Nigeria lags behind other African nations in crucial indices, like school enrolment, pass rates, and out of school children. This action will further create chaos in the public education system and exacerbate an already bad situation.

“Rather than cancellation, there are better ways to protect the health of Nigerians and prevent the pandemic from escalating.

“We could mobilise all available public & private infrastructures, including primary schools, stadia, and cinemas, for the examinations. In the alternative, the Federal Government can prevail on WAEC to have staggered examinations with a different set of questions for each shift.

“Doing so will allow WAEC Nigeria to implement social distancing and achieve the goal of carrying out the examinations. A win-win scenario.

“I urge this administration to take into account that the lives they are trying to save will be further put at risk, because if this policy is not reversed, tens of thousands, and possibly hundreds of thousands of Nigerians, will breach social distancing rules to cross over to neighbouring West African nations to write their WASSCE, rather than miss a year.”