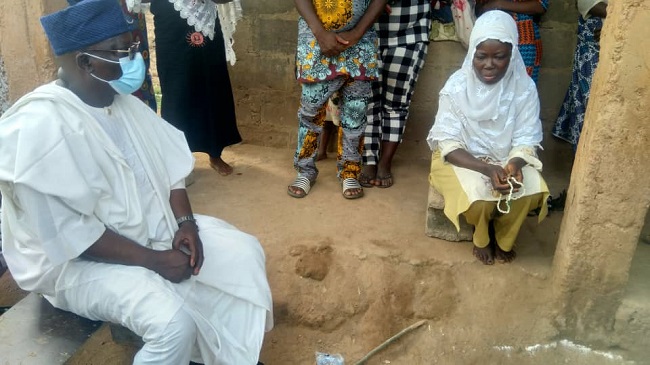 The  Aare Musulumi of Yorubaland, Alhaji Dawud Akinola, has appealed to the Oyo State Commissioner of Police, Mr Nwachukwu Enwonwu, to ensure the arrest of the hoodlums responsible for the assault and murder of three young women in the state within the last few weeks and prevent the recurrence of such incidents in the state.

Akinola made the appeal at the weekend after paying condolence visits to the families of Barakat Bello, a teenage student who was assaulted and killed by unknown assailants, and Grace Oshiagwu, a 21-year-old lady, also a student, who was killed after allegedly being raped in Idi-Ori, Sasa-Ojoo, on Saturday.

The killing of the duo had brought to three the number of women murdered by hoodlums in the last two weeks in Akinyele Local Government Area of the state, one Azeezat Shomuyiwa, a 29-year-old pregnant woman, also having been murdered by unknown assailants in the same local government area.

Akinola urged the police commissioner to take measures to prevent further killings in the state and ensure that perpetrators of the previous crimes are arrested.

The Muslim leader noted that residents of the state and the entire South West were worried about the killings and urged the state government under Mr Seyi Makinde to prioritise the security of residents.

He was accompanied on the visits by the Aare Musulumi of Akinyele Local Government Area, Alhaji Akintoye Akinleye; the vice-chairman of the Muslim Community of Oyo State and national president of Al-Fathiu Quareeb Society, Alhaji Ademola Adeniji; the vice-chairman of the state Pilgrims Board (Muslim Wing), Dr Ibrahim Adebolu; Elder Segun Adeleke and other personalities.

We will continue agitating for students’ rights in South West ― NANS