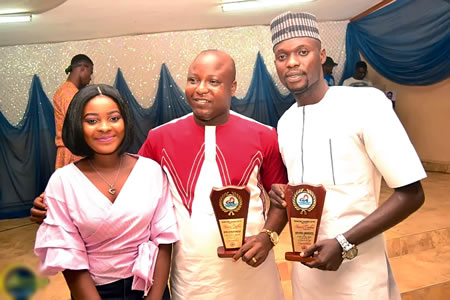 A youth organisation, Skchawllorhphow, (SKC), invloved in promoting culture and entertainment, has honoured personals that have distinguished themselves in their respective professions.

Some of the personalities honoured included, Enitan Olusegun Bamidele (EOB), who was presented with a legendary award.

DJ Gavpop received the award of the DJ of the Year; Kemi Afolabi (Actress of the Year), while Miss Ariyo Olamide was crowned as the Queen of SKC.

According to the organisers, Skchawllorhphow is full of young independent entrepreneurs of varied range of professions.

The river of fortune