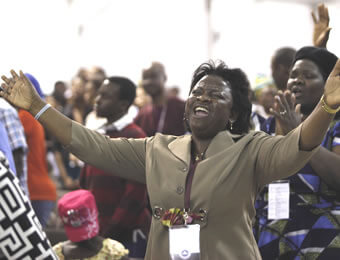 The Celica Church of Christ Worldwide has called on Nigerians and other nationals to pray fervently against global crises this year.

Describing the year as a year of global turbulence and confusion, the church said only prayers can avert the situation.

In a list of predictions and revelations released and signed by the Founder and Spiritual Head of Celica Church of Christ Worldwide, Reverend (Dr) Emmanuel Adetunji Adeonigbagbe, the church said that “this is a year where you must walk fervently with God to overcome the challenges of 2021. The Lord’s wrath has descended on all evildoers; their cup is full. They will be punished for their sins as their hands are blood-stained, says the Lord.”

“Revelations 16:1 “Then I heard a loud voice from the temple saying to the seven angels, ‘Go, pour out the seven bowls of God’s wrath on the earth,” while Revelation 16:6 says: “For men have shed the blood of your Holy People and prophets, you have given them blood to drink. It is their due!”

It added that faithfulness with God will allow one to unlock His multiple blessings this year.

The watchword this year for children of God, according to the church, is in Romans 8 vs 31: “What, then, shall we say in response to this? If God is for us, who can be against us?”

According to the list of revelations, “For those who obey and serve the Lord faithfully this year, there are multiple blessings. This is a year where you cannot afford to be lukewarm in your service to God. You must be fully dedicated to God to enjoy the blessings.

“There will be outstanding testimonies for those who are thought to be barren and those who have been waiting on the Lord for fruits of the womb. There will be an increase in multiple births. It is a year of joy for them.

“Please warn young people who are not ready to be parents to be careful as there will high rates of births this year.

“It is a year of favour and progress for the downtrodden; they will be elevated says the Lord Almighty. They will become big and influential.

“Pray seriously for Nigeria against instability. A shadow was seen covering the Nigerian flag and there was great darkness in the land.

“Pray against increase in deaths among the perceived high and mighty this year. Many will be swept away unless they seek the face of God.

“The cup of evildoers is full and the Lord is ready to fight for the oppressed,” the church said, among many other revelations in its predictions and revelations for the year 2021.

Regina Askia returns to screen in ‘Set of Web’