Penises are shrinking because of pollution, warns environmental scientist 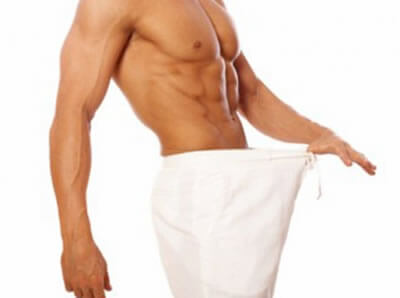 It may sound like a joke, but this research shows the full extent of how much we are damaging reproductive health.

In case you needed another reason to care about the climate crisis, it has been found that pollution is causing human penises to shrink.

According to Euronews, a leading epidemiologist and environmental scientist has published a book which examines the link between industrial chemicals and penile length.

Dr Shanna Swan’s book, Count Down, argues that our modern world is altering humans’ reproductive development and threatening the future of our species.

The book outlines how pollution is leading to higher rates of erectile dysfunction, fertility decline, and growing numbers of babies born with small penises. Though the headline fact about shrinkage may sound like a laughing matter, the research paints a bleak portrait of humanity’s longevity and ability to survive.

“In some parts of the world, the average twenty-something today is less fertile than her grandmother was at 35,” Dr Swan writes, dubbing the situation a “global existential crisis” in the book.

“Chemicals in our environment and unhealthy lifestyle practices in our modern world are disrupting our hormonal balance, causing various degrees of reproductive havoc.”

According to the book, humans meet three of the five possible criteria used to define whether or not a species is endangered. “Only one needs to be met,” writes Dr Swan, “the current state of affairs for humans meets at least three.”

According to Dr Swan’s research, this disruption is caused by phthalates, chemicals used in plastic manufacturing, which can impact how the hormone endocrine is produced.

This group of chemicals is used to help increase the flexibility of a substance. They can be found in toys, food packaging, detergents, cosmetics, and many more products. But Dr Swan believes that these substances are radically harming human development.

“Babies are now entering the world already contaminated with chemicals because of the substances they absorb in the womb,” she says. Much of Dr Swan’s recent work has focused on the effects of phthalates, initially looking at phthalate syndrome in rats.

In 2000, however, there was a breakthrough in the field, and it became possible to measure low doses of phthalates in humans.

Since then Dr Swan has authored papers on how these chemicals can pass between parents and their offspring, the impact on female sexual desire, and – most recently – on penile length.

One of her most famous studies examined the intersection between sperm count and pollution in 2017, in ground-breaking research which looked at men’s fertility over the last four decades. After studying 185 studies involving almost 45,000 health men, Dr Swan and her team concluded that sperm counts among men in Western countries had dropped by 59 per cent between 1973 and 2011.

But there is some good news. Since the creation of the European Environment Agency, European citizens are exposed to 41 per cent less particulate pollution than we were two decades ago. It’s believed that these regulations have gifted Europeans an extra nine months of life expectancy, on average.

“A demand for change from citizens and subsequent strong policies have helped to clear the air in parts of Europe before, and can continue to do so to ensure that high pollution today does not need to be tomorrow’s fate,” says Michael Greenstone, director of the Energy Politics Institute at the University of Chicago.

So if pollution reduction measures can be properly implemented, there is still hope for the future and humanity’s fertility.