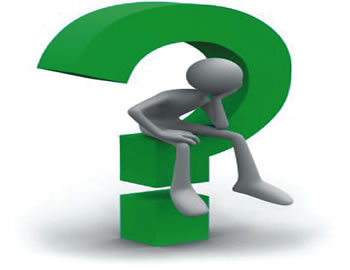 The media space has been unabatedly washed with the news of the latest controversy surrounding the use of Hijab by Muslim girls in Osun schools, and I am particularly pained that our glowing Osun State has again been put in a bad perception as a result of the brouhaha caused by some students who appeared in school in choir robes and other church garments, leading to undue media attention! For crying out loud, the disturbance was carried out by less than 10 students of the over 600,000 students in Osun public schools, and it is important that we set the record straight. This divisive act only happened in just one school, Baptist High School, Iwo of the over 2,500 public schools in the state. We should not forget that it was in this same Baptist High School, Iwo that a similar incident happened about two years ago.

For us to be empirical, it is very important that I stress the fact that 10 out of 600,000 students is very insignificant. I also think I need to reiterate the fact that Article 8 of the 2004 directives of the state government says “there are no public mission schools presently in Osun State as all schools have been taken over by government in 1975.”

It is a must at this point that I give a background information on the latest Hijab furore — the Osun government, at a time, banned the use of Hijab in public schools across the state, and the Muslim Students’ Society of Nigeria (MSSN) felt it was an abuse of their rights, so they decided, in collaboration with the Osun State Muslims Community, to approach the High Court in 2013 to challenge the state government’s decision, and in the process, the Osun Christian Association of Nigeria (CAN) was joined in the suit; after about three years of legal battle, it was ruled that the state government erred in her decision to stop the wearing of Hijab in public schools. The court held that wearing Hijab was part of the fundamental rights of Muslim girls. The court further ruled that any act of molestation, harassment, torture or humiliation against Muslim female students using Hijab constitute a clear infringement on their fundamental human rights as contained in Section 38 of the 1999 Constitution of Nigeria. However, this didn’t go down well with Osun CAN, who, instead of accepting the verdict of the court, or simply proceed to the appellate court to seek redress, threw caution to the wind with a directive that Christian students should start putting on choir robes and other church garments to school. Why was it difficult for Osun CAN to challenge the ruling at an appellate court instead of instigating the students?

The Lagos Muslim Community got a judgment that didn’t favour them at a lower court on the same matter, and they simply proceeded to court to appeal the judgment of the Lagos High Court, so why can’t Osun CAN take similar step?

I understand Hijab is part of the decency and modesty of a female Muslim, in line with Quranic injunction, which implies that those wearing Hijab believe it is liberating and preventing harassment. Good enough, the court verdict is only for concerned Muslims; it’s not being imposed on any student, so I would have expected CAN to display high level of tolerance as preached by our Lord Jesus Christ.

I schooled at the Baptist Secondary School, Oke-Ado, Ibadan over two decades ago, and Islamic Religious Knowledge (IRK) was compulsory for all students, as well as Bible Knowledge (BK), irrespective of students’ faith; we had no problem with anyone wearing Hijab. Even, MSSN had a praying ground within the school compound, and the then Oyo CAN never for once raised eyebrow.

I have repeatedly asked why this unnecessary friction on Hijab? Both public and private sector workers, including bankers and medical practitioners, students of tertiary institutions, even Corp members in their Ajuwaya khaki, are allowed to put on Hijab. For the records, Muslim women wear Hijab at home, to bed, to market, to school, to work, to everywhere they go, and it’s a way of life for them.  Even schools in the Western world, the origin of Christianity, Hijab is allowed. The renowned US Basketball kid star, Bilqis Abdul-Qaadir, is always decked with Hijab playing Basketball. Muslim ladies who are police officers in Scotland Yard, and those with the US marine are allowed to wear Hijab on their uniform. However, Osun CAN leadership will not continue to disobey constituted authority; the Osun government is a constituted authority; the Osun State High Court is a constituted authority. The Holy Bible speaks very clearly about the relationship between the Christian and the government. We are to obey governmental authorities, and even when the government does not live up to its responsibilities, we are still to live up to ours.

Two of the highly respected Apostles in the Bible made this point in their letters. We must remember that God created the authorities ruling over us, just as He created us. As Paul wrote to the Romans, “Everyone must submit himself to the governing authorities, for there is no authority except that which God has established. The authorities that exist have been established by God. Consequently, he who rebels against the authority is rebelling against what God has instituted, and those who do so will bring judgment on themselves” (Romans 13:1-2).

Therefore, whenever a government violates biblical teachings, Christians are not obligated to disobey that government, but how does putting on of Hijab violate the scripture? Does Hijab pose any danger, or how does the fight against the use of Hijab affect the assignment of soul-winning that our pastors are commissioned to do? We are to love and tolerate our neighbours, and wearing of Hijab only collaborate a portion of the scripture that preaches against nudity. I must advice our leaders under the auspices of Osun CAN to give this issue a thought, retrace their steps and go and ask God for forgiveness for faulting His instruction by disobeying constituted authorities as contained in the Holy Scripture.

I am just bothered that the Osun governor is being put in bad light by some media cohorts for no reason. It is quite unfortunate that Governor Aregbesola, who was busy finalising agreement for the construction a 20MW hydro power plant at Kajola by CBC Energy while the crisis was raging, is being blamed by some uninformed minds. His case is sincerely the case of ‘uneasy lies the head that wears the crown.’

Dogara meets with striking doctors, asks them to show leadership

“From Oranmiyan to Oranmiran:” The dillema of Osun State voters

Osun 2018: Why the Ifes deserve to rule this time