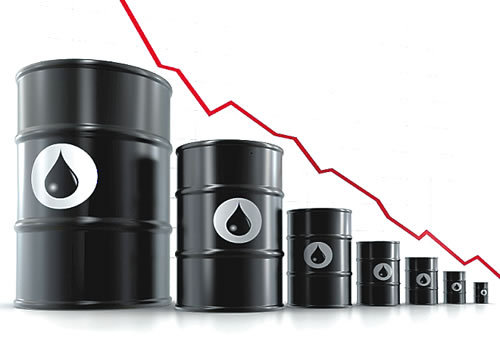 I  T is a good thing that Nigerians finally allowed President Muhammadu Buhari to go ahead with the deregulation of the oil sector; Nigerians’ support for the president in this area was evident by the manner in which the majority of the people shunned the strike action called by the Nigeria Labour Congress (NLC) to protest the rise in fuel price.

Before now, former President Goodluck Jonathan tried his best to enlighten Nigerians on the need to deregulate the downstream sector.

He even went on a series of town hall meetings so as to connect with Nigerians on the issue, but we did not see reason in what he was saying.

Now, with the fall in the price of oil in the international market, and the subsequent negative effect on our economy, we had no choice than to allow the Buhari administration to go ahead with the deregulation.

Immediately the Federal Government stopped paying the subsidy fees to oil marketers, it placed a ceiling of N145 on a litre of fuel.

Then, some Nigerians were skeptical, thinking that in a couple of months, fuel would be sold for over N300.

Today, the good news is that we are benefiting from that deregulation, as some filling stations are now selling for N143. It is even being reported that a filling station is selling for N139 in Cross River State. The is just the beginning of the price war among oil marketers in the country, and with the way things are going now, fuel will soon be sold for N100 per litre.

If Nigerians had accepted the proposal of former President Jonathan to deregulate in 2012, we would by now have several investments in the oil sector.

I believe very soon, foreign investors will begin to jostle to be part of Nigeria’s oil sector development; apart from the fact that more refineries will be built, the ones owned by the Federal Government will begin to function optimally, because they will make more money refining crude oil into Premium Motor Spirit (PMS). In the past, oil importers made sure that our refineries did not work so that they could continue to import, while also getting subsidy funds from the government.

As it is now, success in the oil business will be down to hardwork, and how cheap marketers can sell their fuel to consumers.

As a result of this, we are just beginning to witness the price war among the oil marketers in the country. We have the population, and Nigeria is a beautiful destination for business. It is, therefore, a good thing that President Buhari has removed the clog in the wheel of our economic progress.

Now that the issue of subsidy fraud is out of the way, the next thing for government to do is to look at policies that will help in the creation of businesses, which will then help reduce unemployment.  I believe this government has economic experts who can change things for the better in its fold.

Having said this, I want to urge Nigerians to continue to give President Buhari the support he needs to take Nigeria to its rightful position in the comity of nations.

The courts and injustice to MKO Abiola