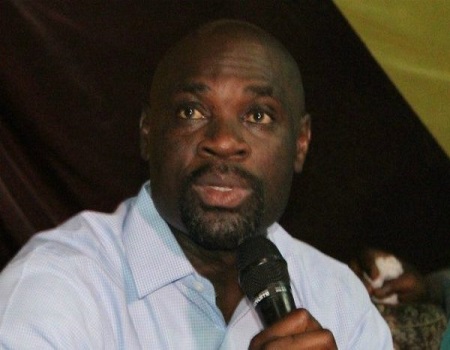 Share
The Oyo State Commissioner for Sports and Youth Development Abayomi Oke, has hailed the management and players of Shooting Stars Sports Club. (3SC) of Ibadan and Crown Football Club of Ogbomoso, over their good run in the first round of the Nigeria National League (NNL).
The commissioner, in a release issued on Friday, expressed happiness over the excellent performance of the two teams, which saw them emerge tops of their respective groups at the end of the first stanza.
The Oluyole Warriors led Group B1 with 10 points while the Ajilete Warriors finished ahead of others in Group B4 with seven points.
Reacting to the development, Oke, in the release, said the good performance of the two sides so far, was a testament to the commitment of the Oyo State Government, the financier of the two teams, to their promotion bids.
“I want to salute the courage of the management and players of both Shooting Stars and Crown FC for their impressive performance in the first round of the 2019 NNL season.

“The two teams have done well enough to justify the huge financial and moral support of the Abiola Ajimobi led government to their promotion courses, we are so proud of them,” stated the commissioner in the release.
He, however, charged the team not to rest on their oars as the second round gets underway this weekend, advising them to remain focussed in their bid to gain promotion to the elite league.
While commending the teeming fans and supporters of the two teams as well as every stakeholder for their support so far, Oke urged them not to relent, even as he assured that the state government was resolute in ensuring that topflight football returns to the pacesetter state next season.
Both teams resume the quest for promotion this weekend, with Crown FC playing host to Ibom Youths today, while 3SC will welcome Southwest neighbour, Osun United on tomorrow,  Sunday at Lekan Salami Stadium, Ibadan.

FG to close down Enugu airport over security concerns