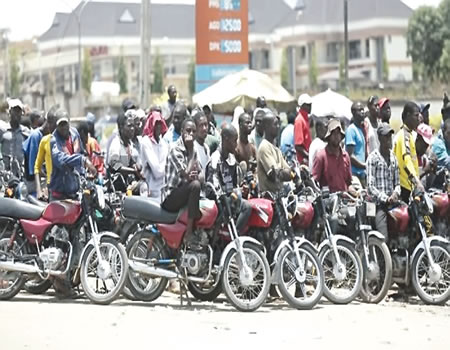 The inauguration took place at the association’s office complex, Abeokuta, the state capital.

The new chairman commended the state governor,   Prince Dapo Abiodun, for creating an enabling environment for the smooth operation of the activities of motorcycle owners in the state.

Chief Aina also expressed appreciation to traditional rulers in Remoland under the leadership of  Oba Babatunde Ajayi, the Akarigbo of Remoland and the All Progressives Congress( APC)  leaders for their support towards the actualisation of his ambition.

He, however,   promised to take the association to an enviable height just as he assured members that their interest and welfare would be given priority.

Meanwhile, the new publicity secretary of the association,  Chief Taofeek  Sokoya, speaking on behalf of the new executive members, promised their loyalty to the new chairman with the assurance that they would give their support to the chairman in his bid to develop the association.

We will continue to operate on same page with Presidency, Lawan assures APC state…