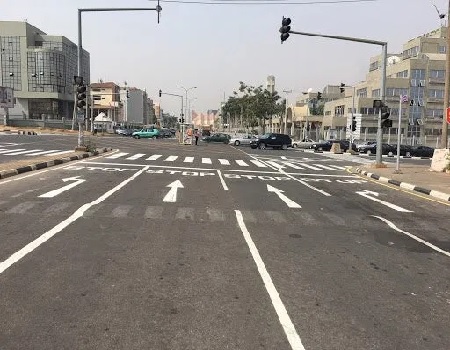 The Federal Capital Territory Administration (FCTA), on Monday, arraigned 34 traffic offenders before the mobile court over traffic violations in the territory.

Director, FCT Directorate of Road Traffic Services (DRTS), Mr Wadata Bodinga, who disclosed this during the press conference in Abuja, noted that the enforcement would continue until motorists abide by traffic rules and regulations in the territory.

Mr Bodinga said fines ranging from N30, 000 to N40, 000 were imposed on them after subjecting them to psychiatric test before their trial before the FCT mobile court.

According to him: ”We started the operation on Ahmadu Bello way and transcended to Ondo filling station at Gwarimpa and all the way to Gudu and our personnel have been stationed on all the intersections where some traffic lights are not working to ensure traffic control.

”The operation is basically successful with some little challenges that have to do with the people that resisted arrest.

”We have only one case of someone who tried to run with our officer and along the line, there was a minor road accident but fortunately for us, nobody got injured.

”The person has since been remanded at Kuje Prison because of his act and deliberate dangerous driving and intention to abduct our officer.

”So far about 34 cases were referred to the mobile court, they were fined been found guilty, about 16 cases are being evaluated and tomorrow they will be arraigned before the mobile court.

”The operation will continue and will be intensified until the order is restored in the FCT,” Bodinga said.

On her part, acting Director, Reform Coordination and Service Improvement, Dr (Mrs) Jumai Ahmadu said the operation was necessitated by a matching order from the highest body in the country.

She said the FCT minister, the Minister of State and Permanent Secretary took the assignment seriously, saying  “it doesn’t matter who you are, once you are arrested, you will be subjected to psychiatric test and be made to face the law.

”Because no normal human will beat traffic, we need to check the state of mental stability, when that is done you face the law and offenders will pay for their mental evaluation,” she added.

Chairman, FCT Ministerial Task Team on Traffic Control, Mr Ihkaro Attah, who cautioned against reckless driving, restated the commitment of the FCT administration to ensure free vehicular and human movement in the territory.

FCTA partners with CBN to improve dairy production in Nigeria