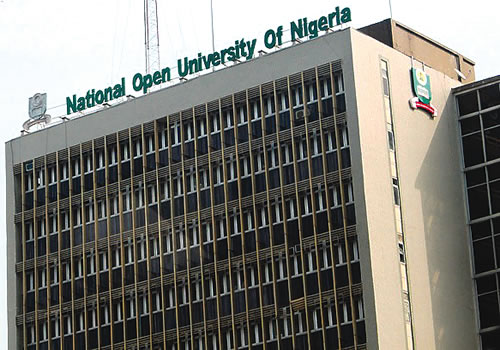 The National Open University of Nigeria (NOUN) has opened a study centre in Asaga-Ohafia community in Abia to expand access to higher education in the area through the open and distance learning programme.

The statement quoted the Vice-Chancellor, Prof. Abdalla Adamu, as saying that the new centre would complement the already existing centre in Aba and would cushion the tertiary educational constraints in Ohafia and its environs.

Adamu, who was represented at the inauguration of the study centre by the Deputy Vice-Chancellor Academic, Prof. Uduma Oji Uduma, urged politicians at state and national levels to use their constituency budgets to institute study centres in their locality.

He said politicians should cultivate the habit of providing education to their communities as it would empower their constituents and arm individuals with positive attitude.

The vice-chancellor added, “NOUN as the single open and distance university in the country provides individuals with the opportunity of studying anywhere and anything.”

In his address of welcome, the President-General of the Asaga-Ohafia Development Union, Chief Iheanacho Uhaka, commended the efforts of NOUN management in its efforts at expanding access to higher education through the open and distance learning programme.

He said the citing of a study centre at Asaga-Ohafia was to cushion the tertiary educational constraints and challenges of the area.

Uhaka added, “It is our hope that the establishment of NOUN in Asaga-Ohafia, the only one in Abia State outside the state capital will positively impact on the lives of the members of our community.”

He assured NOUN that the community would strive in the upgrading of facilities at the centre in order to make the study centre an epitome of educational reference.

JUST IN: One killed, 3 severely injured as Umahi visits Jigawa