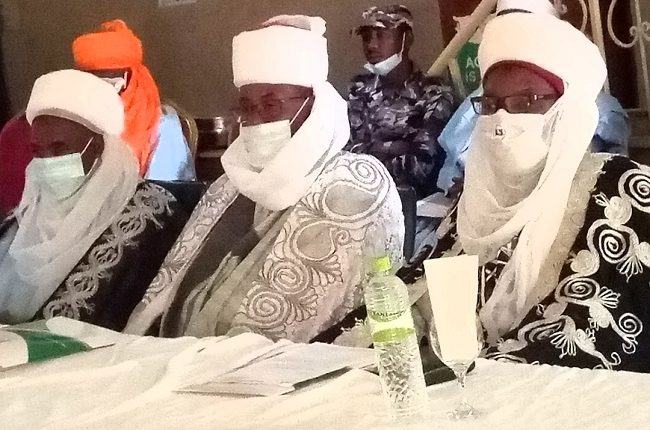 The Emir of Gusau, His Royal Highness Alhaji Ibrahim Bello, has disclosed that the insecurity bedevilling north is as a result of discrimination and injustice to underprivilege persons in the area.

The Emir who was speaking, on Tuesday, at Karma Hotel in Gusau during a “retreat on interest-based negotiation and alternative dispute resolution” organised by a non-governmental organisation (NGO) Pastoral Resolve, PARE said poverty has also contributed to insecurity the North.

“Discrimination and injustice were the key factors responsible for our insecurity in the entire north.”

Also speaking at the retreat, the Emir of Anka and Chairman Zamfara State council of chiefs, His Royal Highness Alhaji Attahiru Muhammad Ahmad, said people have to be sincere and love each other.

“In Arewa today, only God loves us, we depend on no one to protect us, therefore, for peace to reign, we should be sincere to ourselves, speak the truth and love one another.”

Delivering a lecture at the retreat, the permanent commissioner Kaduna State peace commission, Hajiya Khadija Hawajo, advised traditional rulers in the state to change their perception in tackling the menace of insecurity in the state.

“As custodian of Islamic norms and value, traditional rulers need to be more alive to ensure they sensitize their subjects the need to leave in harmony with one another.”

Earlier on, the Zamfara State coordinator Pastoral Resolve (PARE), Mallam Umar Maradun, said it is an NGO devoted to nurturing the rural people aspirations for change.

Maradun said PARE as an organisation, felt greatly disturbed by the ugly scenario in the state and other Northern states.

Maradun reiterated the determination of PARE to provide support to the North West to rid the region of bandits, kidnappers and cattle rustlers through viable suggestions.