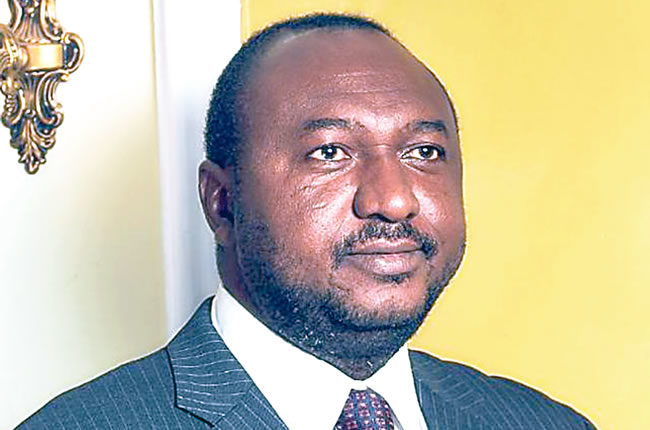 Mr Muftau Open Salawu was a special adviser to former governor of Oyo State, Late (Senator) Isiaq Abiola Ajimobi, on works and transportation. In this interview by SUNDAY ADEPOJU, the Waziri Jari Nupe reflects on the vacuum left by the former governor, the leadership tussle in the state chapter of the All Progressives Congress (APC), the need for technocrats to join politics, among others.

TODAY, former governor of Oyo State, Senator Abiola Ajimobi, would have clocked 71 years. Can you reminisce on his leadership in the state?

His leadership was excellent because he lived his life wholeheartedly fulfilling. Even, when he died at 70, we can’t say he died young. He tried his best and he was privileged to be the first governor to serve two terms in the history of the state. He achieved a lot in terms of infrastructure, security and with what is happening now, you can’t but just appreciate him for his eight years. There are more challenges now than before. A leader must be proactive in terms of security. It is cheap to protect crime than fighting crime. Ajimobi realised all these from the very first day in office. No wonder he put up all security apparatuses to face the challenges in the state.

You said then and now, is anything different from the usual happening in the state now?

There is more pressure now. There are lots of idle hands. Students are not in school; unemployment rate is high; job seekers are increasing geometrically; the economic is growing very slowly. These are few of the underlying factors that throw up security challenges. But then, there is no time that those things are not prevailing but it is left for the leadership to be proactive.

The people of Oyo State have given kudos to the present governor in terms of payment of workers’ salaries but there were issues of unpaid salaries during the reign of the late governor. How will react to this?

Governor Seyi Makinde is doing well to an extent but don’t see payment of salaries as an achievement. It is workers’ right. When they work for you, you have to pay them. I want us to understand the fact that the late Ajimobi served under two presidents. If you recall, the first term of Ajimobi while he had the challenges of paying was attributed to economic challenges and it was all over the country. Virtually, all the states were not paying but when President Muhammadu Buhari came in, he took it upon himself to ensure that all states were paying and that is what spilled over to the tenure of Seyi Makinde. He is paying as every other state does. In fact, he is in trouble if he doesn’t pay now.

Give us a description of who Ajimobi was and if at all there is anything the state is missing at his absence, leaving partisanship apart?

You must certainly missed Ajimobi because he was a more sharpened governor. He was prepared. He had the exposure and good training and he is never found wanting in taking good decisions. He is not a populist governor that wants to do things that please everybody. He would always do the best for the state. He knew how to govern a complex state like ours. He was a man of integrity, indeed.

After the death of Abiola Ajimobi, there appears a leadership vacuum in the All Progressives Congress (APC). How can the party leadership in the state manage the internal crisis?

First and foremost, there is no leadership crisis in Oyo APC. The party has a chairman, Chief Akin Oke. Talking of state leadership, like the one late Ajimobi occupied before he died, then we have to involve Chief Adebayo Alao Akala who, by all virtues, fits into that position. He is a former governor. In politics, a lot of people protest and put up agitation but they all know that as long as Chief Adebayo Alao-Akala remains in APC, he is the leader either pronounced or not. Those contesting leadership don’t have his profile. As God would have it, Late Ajimobi asked Alao Akala to anchor the reconciliation committee. It shows that he knew he (was) is the best for the job.

What do you think is the way forward to the security challenge in this country?

The way forward is to engage people. Everything is not about enjoyment. Let’s make the system work.

Do you think the Western Nigeria Security Network codenamed Amotekun will deliver?

It is a constitutional issue. Security is in the exclusive list. And I think they should handle it from that angle. There can be a constitution review to have that so that so that Amotekun will not be a toothless dog. It won’t just be by name. The kind of security that we need should be at all levels of government. Every local government would have their own security, well equipped to be able to prevent crimes. This should be recruits from the locality. The same thing goes to states and the Federal Government. If the Divisional Police Officer and other officers in our area are natives of this community, definitely they will know the criminals. When you report a case of crime in your area, you easily know how who to contact.

But if you bring somebody from South-East or any other geo-political zone to Ogbomoso North and crimes are committed and you want him to investigate and he doesn’t understand our language, there lies a challenge. I think and I am strong opinion that if we are going to practise true federalism, we must do something similar to that of the United States of America. We should have our security architecture changed and decentralised. We have New York Police Department (NYPD) and the rest. The same way we should at all levels of government in Nigeria. if we have that, policing can be more effective than what we are having now beyond setting up Amotekun just for ceremonial purposes. We have not got it right yet. But it is a right step only the governors should go beyond that.

Politics is all about people. What vacuum are the politicians not filling?

We are not playing politics right yet. People who ought to be in politics are not participating actively. We need people with second address to be in politics to reduce people’s desperation. They will be doing more of service than the usual gaming. By the time we have such people, we will definitely feel the impact. I will encourage professionals and business men to try and join politics. If they fail to join, those who have no idea will ruin their businesses because whatever policies the government implements will affect them whether positively or negatively.

How have you contributed to impact people of the state, Niger State, Abuja and particularly Ogbomoso before and during your sojourn in politics?

Unknown to me that I would participate in active politics, my life has been a service to people. As a matter of fact, politics is exposing me. I’ve been a very private person. People must understand everything you are doing. Ten years ago, I organised training for about 50 students in Ogbomoso communities and I gave them all a brand new laptop each. People were amazed. I have those I’m sponsoring in schools. I’ve organised a lot of skill acquisition programmes. I’m supporting religious organisations, both Islam and Christianity. I can’t just count. I’m doing it the way it comes and that’s my service. About 15 years ago, the Federal Government gave me about ten hectares of land during late regime of President Umar Yar’Adua and I built 300 housing units. The then minister of works and housing was so impressed. I’ve connected many people with the National Housing Institute (NHI) through Federal Mortgage in Abuja. Most of them are now landlords today at Abuja. We’ve developed more than 10 different estates, aided more than 3000 housing units.