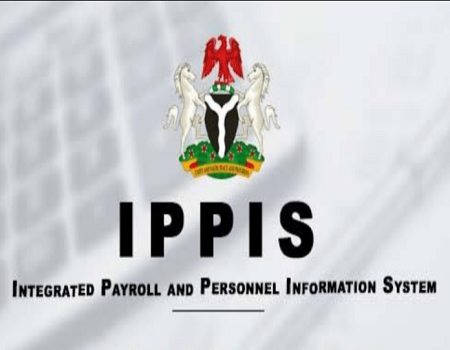 The Nigeria Labour Congress (NLC) has written the Minister of Finance, Budget and National Planning, Zainab Ahmed, to urgently intervene in the brewing crisis in the tertiary institutions.over the implementation of the Integrated Payroll Personnel Information System (IPPIS) and other industrial concerns in the nation’s ivory towers.

In the letter with reference number: NLC/NS/A.42 and signed by the President of NLC, Comrade Ayuba Wabba, the congress warned of serious industrial crisis in the institutions by all the trade unions if the issue is not quickly resolved.

Wabba said: “We may not be able to guarantee industrial harmony in all our tertiary institutions if the foregoing concerns are not attended to and resolved immediately.”

The NLC president declared that the unions involved were those who had earlier accepted and keyed into the IPPIS platform, but now encounter a series of unresolved problems in the payment of their salaries.

He said: “Owing to the difficulties occasioned by the implementation of the Integrated Payroll and Personnel Integrated System being encountered by workers, including those belonging to our affiliate unions in the tertiary education sub-sector which had earlier accepted the IPPIS platform, the Nigeria Labour Congress hosted a meeting of the leadership of all the affected industrial unions.”

He highlighted the major concerns of the workers and their affiliate unions; which include challenges associated with payment of salaries such as delay in the payment; and non-remittance of statutory deductions such as taxes, national housing fund, contributory pension and union dues.

It also includes: non-remittance of non-statutory deductions such as staff cooperatives; non-payment of consequential minimum wage adjustment arrears; stoppage of the payment of sabbatical allowance and many others.

As a way out, Wabba called on the minister to ensure that an urgent stakeholders’ meeting of all relevant ministries and the affected trade unions be convened immediately to resolve the challenges associated with the implementation of the IPPIS.

He also demanded that urgent steps be taken to address other non-IPPIS issues of conditions of service of workers in the tertiary education sub-sector.

COVID-19 is a plague for some and an opportunity for others —President,Rotary Club of Ikeja