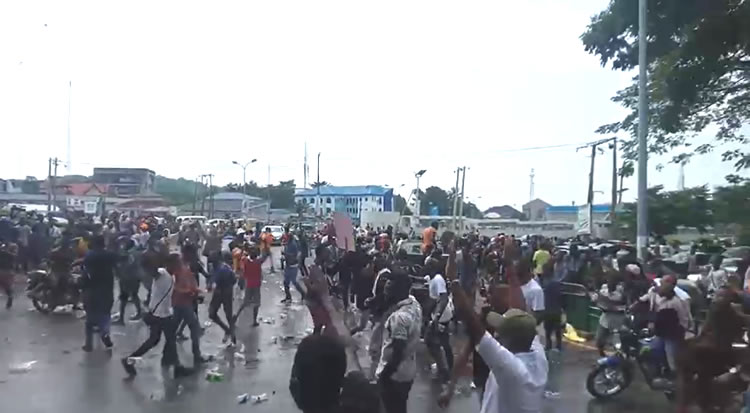 The protesters, mostly youths, numbering over 10,000 took over a roundabout in front of the secretariat and the flyover bridge that leads to the secretariat from the Government House in Agodi.

The development caused traffic gridlock as the demonstrators presented motorists, motorcyclists from accessing the secretariat from Bodija, Total Garden and Mokola roundabout ends.

A Kano based industrialist, Chief Kalu Ogbonnaya, has advised the Federal Government to take necessary steps to stimulate the nation’s economy to prevent a recession post COVID-19. #EndSARS, Oyo

The Senate on Monday responded to the claim by the Northern Elders Forum that the proposed amendment of the 1999 Constitution was needless. #EndSARS

A Guide to Mobile Banks and Their Advantages