Olaniyan who represented the state governor, Mr Seyi Makinde at the protest in Ibadan said the governor is in support of the peaceful protest.

Olaniyan stated that he was asked to come out of the Secretariat by the protesters before he addressed them as they were demanding for the presence of the governor. 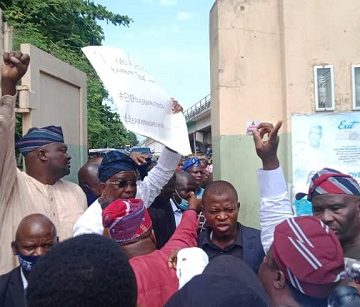 According to him “Governor Seyi Makinde is presently in Ogbomoso to see to the wellbeing of the families of #EndSARS victims and I promise to deliver your message to the governor once he is back.

“I have been a victim of SARS brutality twice and I know what I faced. I know your grievance but I enjoin you all to let our protest go peacefully without any attack.”

One injured, others scampered for safety as crisis engulfs Mobil ringroad makeshift…