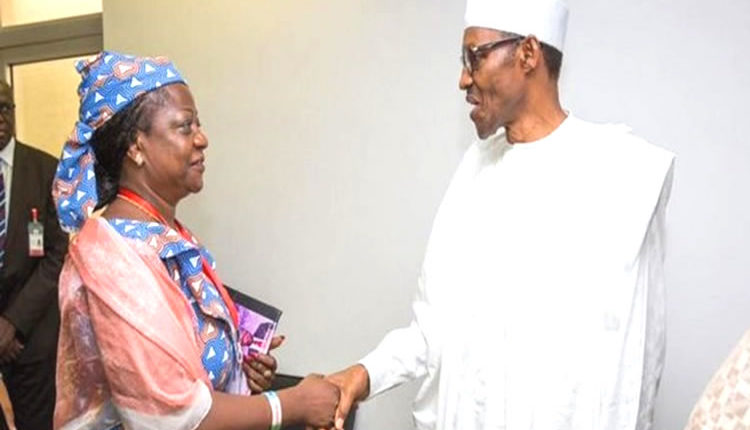 President Muhammadu Buhari has nominated his Special Assistant on Social Media, Lauretta Onochie and three others as National Commissioners of the Independent National Electoral Commission, ( INEC) .

President of the Senate, Ahmad Lawan read the letter from President Muhammad unveiling the nominees on the floor of the Red Chamber on Tuesday .

The All Progressives Congress (APC) has told a Federal High Court in Abuja, that the Comrade Adams Oshiomhole-led National Working Committee (NWC) was sacked to solve the internal leadership crises rocking the party. Buhari

The Emir of Zazzau, in Kaduna State, Alhaji Shehu Idris has died in his palace at the age of 84. Buhari

A Kano based industrialist, Chief Kalu Ogbonnaya, has advised the Federal Government to take necessary steps to stimulate the nation’s economy to prevent a recession post COVID-19. Buhari

The NEF in a communique issued at the weekend and signed by its Secretary, Dr Hakeem Baba -Ahmed dismissed the move by the Senate as mere jamboree to waste taxpayers money.
https://tribuneonlineng.com/constitution-amendment-send-your-position-to-the-committee-senate-repl