Nigerian professors and their fat salaries 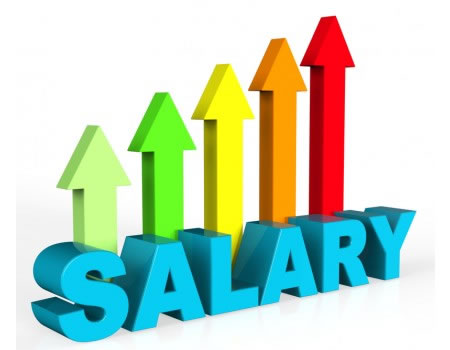 What we are saying is that if the Federal Government would reduce its profligacy and cut waste, there will be enough money to pay teachers in public universities, as well as fund research and upgrade infrastructure in such institutions. Hungry teachers can neither teach well nor carry out research. And poorly-taught students can neither excel nor propel their nation to great heights (APC Interim National Publicity Secretary, Alhaji Lai Mohammed, Daily Post, August 21, 2013)

THE perennial onslaught on public education has been taken to the next level by this administration with the statement by Minister of State for Education, Chukwuemeka Nwajiuba, that the bulk of the national budget on education is used to pay the salaries of 10,500 Professors in the public University system. In his interview, Nwajiuba averred that strike by university lecturers is a major factor driving students abroad and to private universities. In this piece, I provide available facts to put the records straight with regards to the salary of lecturers; and go further to argue as to why lecturers deserve appropriate wages that will guarantee value commensurate with what they give to the academic system and the society. In 2012 when the Federal Government carried out the needs assessment of the Nigerian universities, it was found that out of the 37,504 lecturers, 28,128 of them were full time and pensionable. Since then, there has been no major recruitment of academic staff despite the usual attrition on account of resignations, retirement and demise. This is what forced few academics to take up the burden of work meant for many lecturers necessitating the issue of earned academic allowances in the ASUU-FGN agreement of 2009. From 2013 to 2020, government owes lecturers billions of naira but these lecturers have no right to complain over their duly earned entitlements in the wisdom of the government.

The ASUU-FGN agreement of 2009 stipulated that a lecturer I is to be paid N15,000, Senior lecturer (N20,000) and Professor (N25,000) per annum per student for supervision. The lecturers now described as selfish and gluttonous are yet to be paid for several years of supervising students. An external examiner is supposed to be paid N80,000 for a Master dissertation and N105,000 for Doctoral examination. The internal examiner for the same purposes ought to be paid N45, 000 and N65, 000 respectively but these only exists in the agreement and have not been implemented for eleven years! In Nwajiuba’s wisdom, these are not issues to go on strike for.  University lecturers are over-stretched and least paid when compared with lecturers in polytechnics and colleges of Education despite the fact that ninety seven percent of UTME applicants prefer University Education to Polytechnic or Colleges of Education. In 2018, 1,558,686 of UTME candidates chose University, 24524 (NCE) and 69712 (Polytechnic). Less than ten percent of degree pursuing applicants chooses private varsities. In 2009, both the Federal Government and ASUU came up with two salary tables (I and II).  Table II was called the African average salary payable across the continent but government pleaded that the Table I which undervalues intellectualism should be used to pay lecturers till such a time the government is able to raise funds to meet the African average salary. ASUU’s altruistic disposition made the body agree to receive less while doing more work.

Mind you, the mix of international scholars and students is among the items considered in ranking universities internationally. Are you still wondering why South Africa almost always occupies the top spaces in varsity ranking in Africa? In South Africa, scholars have research votes and funds set aside to support participation in international conferences. For every publication in rated journals, a lecturer in the orange country is incentivised so also is the Department and the Faculty towhich the scholar belongs. So no one jokes with a productive and NRF-rated scholar in South Africa. They also pay for their scholars to publish in high impact journals to increase citations. In Nigeria, such funds do not exist in practice. That the University of Ibadan, for instance, still ranks among the best in the world is largely the outcome of the personal sweat of committed scholars in the institution and not because there is any special incentive system in place.

Lecturers are even sometimes forced to take loans to attend international conferences because their institutions shockingly include it as a condition for promotion. It thus usually feels awkward to tell colleagues from institutions where conference funding is provided that you as a scholar from Nigeria borrowed money to attend a conference. Such is the character of the parasitic Nigerian system where the knowledge economy is relegated and personal interest is elevated. Is it not difficult to imagine that the former Interim National Publicity Secretary of All Progressive Congress, who is now Minister of Information, Alhaji Lai Mohammed who uttered the opening excerpts of this piece is part of a government that does not believe in what he said in 2013?  While South Africa voted 396 billion Rand to education in 2020, President Buhari’s2021 budget allocated 691.07billion to education representing 6.7per cent of the entire budget, a gross shortfall to the UNESCO prescribed minimum of 26per cent. Unlike the lie of the Minister of State for Education that the bulk of the Education budget is used to cater for 10,500 Professors, the 691.07 billion is to cater for 28 education parastatals, 37 federal universities, 25 federal polytechnics, 21 federal colleges of education and 104 Unity schools! Know your leaders and what to believe from their statements. The government that cannot fund research also actively frustrate funders from supporting Nigerian researchers with their policies. Rather than releasing funds to researchers promptly, Bursars often have to go to Abuja for approval to withdraw.

I am aware of grant funds that are yet to be paid for a year due to the bottlenecks of Treasury Single Account! Interestingly, lecturers with their poor wages now make contributions in order to donate printing papers to run their Departments. No functional internet, dilapidated lecture rooms, laboratories that parade equipment of the 1980s and comatose power supply all of which hinder delivery of qualitative teaching and research. The ruling class know this and train their children in the global north. At their return, they reserve jobs for them in NNPC, FIRS, and Central Bank. For the children of the poor, they are expected to join community policing recruitment exercise of the Inspector General of Police where recruitment will still be hijacked by the same political class. Whichever way, the masses are short-changed.

Only the children of the rich and those in government can go abroad not the children of the masses. Many of the latter write JAMB yearly but the want of space and dilapidated infrastructure as well as insufficient lecturers cannot make UI for instance take more than around 3,000 instead of about 12,000 which is the quota it has. Is it not sensible to reckon that with improved infrastructure, space for admission will increase and more people will get admitted? IPPIS is a distraction and not the reason ASUU is on strike. There are two options: support ASUU for the improved conditions of service and revitalisation of public varsities or support government to destroy public universities. The choice is ours!

Okemiri Ogbonnaya as a role model