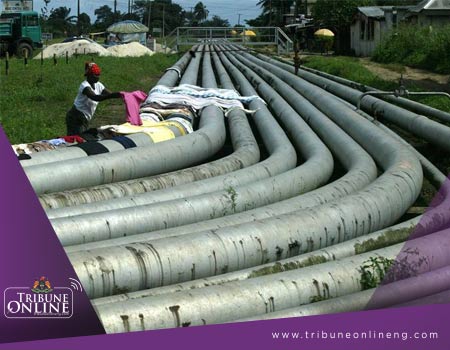 The newly published oil and gas 2018 audit report has revealed that a total of N27.551billion was lost to pipeline vandalism within the year.

The document which was uploaded on the Nigerian Extractive Industry and Transparency Initiative’s (NEITI) website revealed that the breaks were recorded in five states.

Port Harcourt and Mosimi recorded the highest with 948 and 784, while Kaduna, Gombe and Warri had 107,43 and 12 number of breaks all respectively.

“Pipeline breaks are the result of either wilful damage to the pipelines or due to corrosion. Wilful damaging of pipelines may arise as a result of communal agitation against oil and gas producing companies that have failed to discharge their social responsibilities to the host communities. Other causes may be political or criminal.

“On aggregate, 1,894 pipeline breaks were recorded within the country in 2018. The highest number of line breaks occurred within Port Harcourt area, in Rivers State, followed by Mosimi area within Lagos State,” it stated.

Also, it disclosed that the amount of crude oil lost to theft and sabotage increased by 46.15 per cent in 2018 compared to 2017.